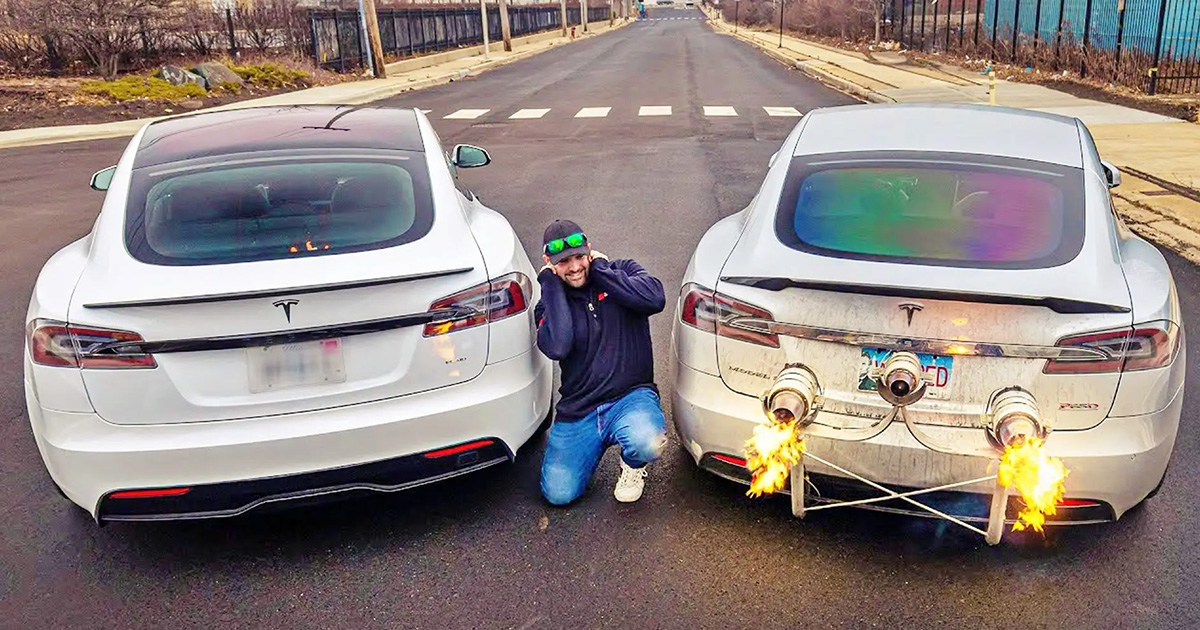 It seems as if the electric car market has been incredibly hot moving into 2022. Whether it’s for good or because maybe the EV market is going through some growing pains, it always seems to be a hot topic of discussion. Heck, the conversation has even gotten political recently.

In other news, though, one thing that I think most folks probably agree is pretty awesome on the electric car front is a creation known as the Tesla Model S Plaid. While making over 1000 hp, the Plad has become the quickest and fastest production vehicle ever to make its way down the quarter-mile. There are a lot of things that we can argue about when it comes to electric vehicles but performance isn’t really one of them. As far as what we have seen from Tesla so far, these things are beyond reproach and are probably only going to get more

intense as time goes on. Don’t be shocked to see EVs take down most performance records.

So, what does it take to be able to beat the quickest and fastest production car in the world? Well, if you ask YouTube creator, Warped Perception, that answer comes in the form of a jet-powered Tesla.

Not long ago here at Speed Society, we featured this jet-powered Tesla so if you’d like to learn a little bit more about it before diving into this one, you can click here.

This time, though, the jet-powered Tesla Model S goes up against a Model S Plaid owned by the owner of an exotic car tuner, AMS Performance. If we take a peek around the Internet, the Model S Plaid has been responsible for knocking over a variety of high-end cars and even a variety of modified ones as well. How will it do against a version of itself that’s a little bit older and much more jet-powered? Find out in the video below.