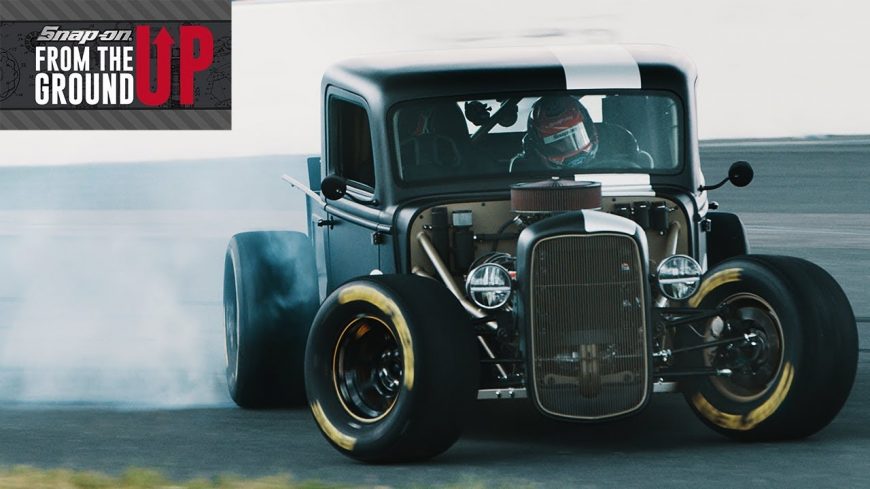 As it turns out, some of our favorite NASCAR drivers have different hobbies off of the track. For some, NASCAR is their job and then they’re done with going fast. Not all of them are speed freaks like we might expect. However, when it comes to Joey Logano, he does just so happen to have a couple of go-fast toys for when he’s not racing.

In this one, we follow along with the scene of the action as he hops behind the wheel of a 1935 Factory Five hot rod truck. This ride isn’t one from Logano’s personal collection. Instead, the Factory Five machine comes as a collaboration between the NASCAR champ and Snap-On.

This thing has been modified in just about every way conceivable. In some ways, it shares visuals with what we might find on a NASCAR ride. If that wheel and tire combination doesn’t scream “Stock car racing,” the power plant under the hood certainly will.

Powering this insane ride, we find a familiar face. Under the hood is 800 hp. The ponies are belted out from the same combination that we find under the hood of a NASCAR stock car. This beast absolutely screams and we know that Logano is going to use every last ounce of power. In this one, he certainly is having a great time to the extent that we wish we could join him behind the wheel.

It certainly makes for quite a combination of factors as NASCAR power meets a hot rod and it’s all going sideways. Sure, when it comes to how he makes his money, Joey doesn’t exactly want to go sideways. In fact, on race day, going sideways would be a pretty bad situation to be tangled up in. However, in this bout of fun that he’s having at Charlotte Motor Speedway, losing traction is quite alright.

By following along with the video below, we get to enjoy the sights and sounds of this high horsepower monster that was built to shred.