John Cena Spent his First WWE Paycheck on an Insanely Common Ride and he Still Has It! 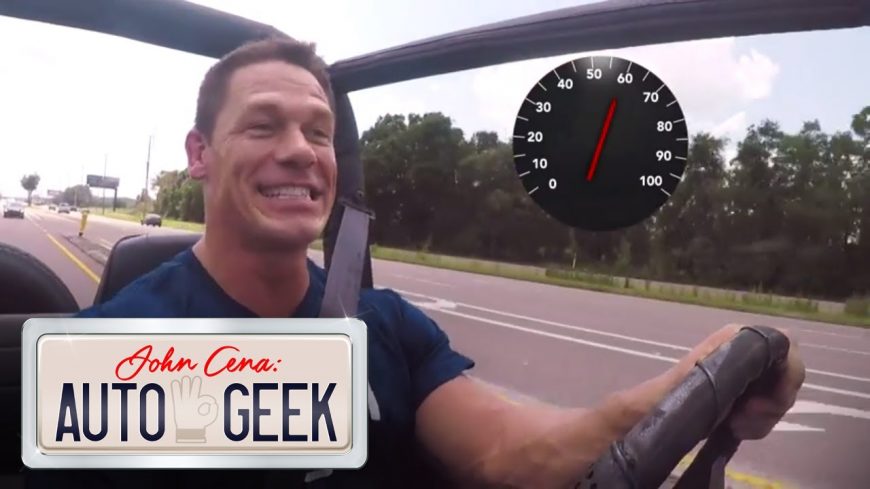 When it comes to the WWE, or wrestling as a whole, there are very few names on the sheet that can live up to John Cena. In fact, many would argue that he would be one of the characters that have taken the liberty of making wrestling as mainstream as it has become today. However, even though he might be one of the biggest and baddest that wrestling has the offer today, that doesn’t necessarily mean that was where he started. Back in the day, the lights might not have been as bright and the checks most certainly were not as big as they are today, either.

Today, we take a look at one of the first vehicles that Cana had purchased when he originally got his first decent check from wrestling and it’s definitely not something that you’d expect. Sure, these days, the wrestling star might be rolling around in something a little bit more extravagant but his first check would purchase none other than a 1989 Jeep Wrangler, much like the ones that you’ll see plenty of rolling around on any street in any part of the country today. Even back then, the Wrangler probably wasn’t the most extravagant vehicle on the road but Cena definitely was proud of it as he says it was a way to show off all that he accomplished and the fact that he was finally getting paid for wrestling in the squared circle.

In the video down below, you’re able to ride along with Cena as he has held on to the Jeep for all of these years. It’s pretty interesting to get to listen to him as he gets the chance to describe the vehicle to us, telling us all about the squeaks and rattles and some other things that he thought were pretty cool back in the day but has grown to wonder what the heck he was thinking at the time. One of our favorite parts of this Jeep is picturing the big, bad wrestler chugging around in a machine that’s powered by a 2.5L four-cylinder that makes an incredibly tired 150 hp. Vehicles like these might not be the most impressive in the world but there’re certainly some that you have got to love. We all have that one vehicle that we fell in love with for one reason or another.