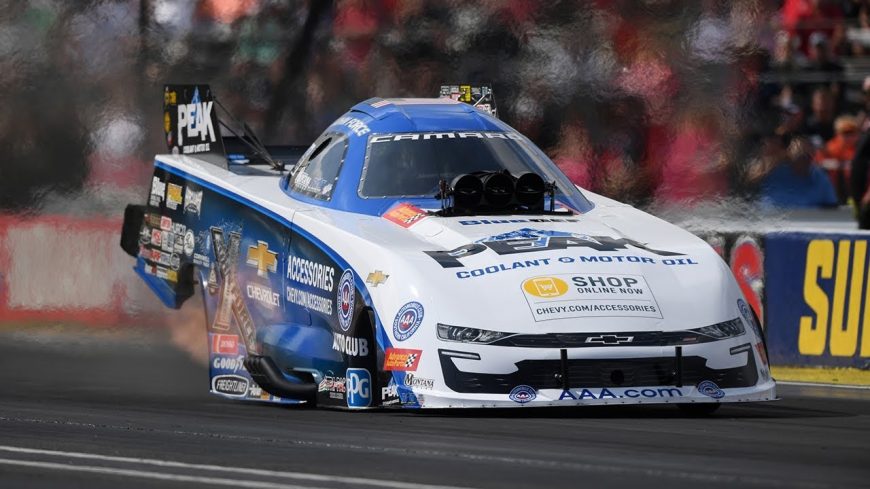 On any given race day at an NHRA event, it can definitely be said that John Force is an outlier in terms of age. At 70, he’s been behind the wheel for over three decades. That’s longer than some drivers have even been alive. Most can only hope that their career lasts that long.

In that span, Force has put together 20 championships and is still pushing the limits. Some might even say that he’s been the closest shot that the NHRA has had at making one of their talents a household name up to this point. A couple of other drivers are looking like they have a chance for a run there, but that’s a chat for another time.

This past weekend at the U.S. Nationals in Indianapolis, Force inked his name into the record books once again. At this point, the “Force” name has to be littered all over the NHRA’s record book pages. This time, his mark has been left at Indy as he managed to mark a track record.

With Force’s fifth funny car win at the track, he ties Ed “Ace” McCulloch for overall wins. The victory would come to the tune of a 3.919-second pass at 324.44 mph. The effort would be enough to overcome competitor, Jack Beckman and mark Force’s second win this year.

In total, he has chalked up 151 Funny Car victories but it’s been a solid seven years since he has tasted a win in Indy. As far as overall wins in the class go, Force has really separated himself from the pack. In second place on the charts, we find Ron Capps with a total of 63 victories.

In any case, we can’t help but be impressed by what Force did this past weekend, regardless of age. We’re not sure if the world will ever see a Funny Car driver with a career as prolific as John Force’s. Thankfully, we can still see Force laying down the law on tracks across the country today!