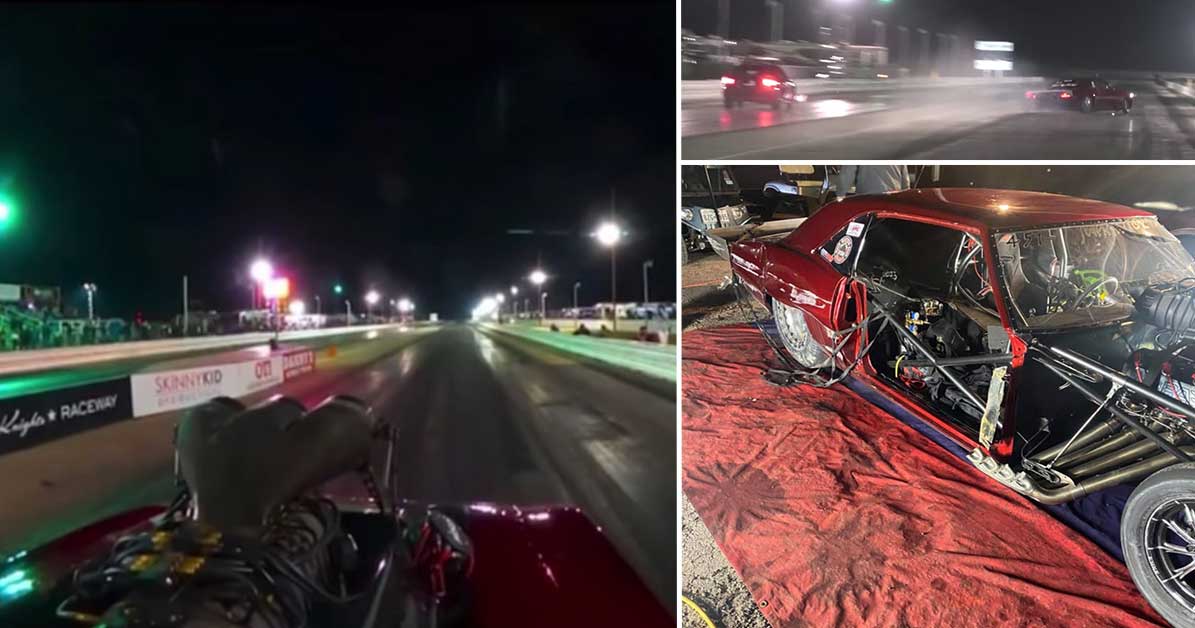 During the course of a drag race, one never really knows what’s going to happen. One moment things might be going as according to plan. The next, well, said plan becomes unhinged, sending everything for quite a wild ride. In this case, there’s not much to do except hang on and hope for the best. It’s something that we’d never wish on any racer. In the real world, though, sometimes, losing control is simply unavoidable. Putting down that much power to any surface is something that’s incredibly difficult to do properly. When all the factors don’t line up, it can definitely be an easy situation to lose control of. In this case, fate is really left in the hands of inertia.

This time, we catch up with just that situation, unfortunately.

The scene was tense when a couple of cars would line up at a no-prep event with doom over the horizon. For those unfamiliar with how a no-prep works, essentially, it adds yet another level of complication to the mix. This is done by removing track preparation that otherwise would help the cars gain traction. However, without it in place, we see a lot more cars sliding around out there.

This time, the group includes a gnarly blown Chevrolet Camaro that goes by “John Wick.” Unfortunately, for this driver who came out with guns blazing, the car slid a bit too far out of the groove and hit 100% raw concrete in the middle of the lanes. This is where things got completely out of hand.

Following along with the National No Prep Association video below takes us to the scene. We find quite the hellacious series of events as the car in question ends up getting sideways and crashing straight into the wall before smashing the other one as well.

Luckily, the driver’s fate didn’t match that of the car. He would be able to walk away with no major injuries. It’s situations like these where we really get an opportunity to get a new perspective on an accident. Those involved can’t help but be frustrated that it all happened in the first pace but have to be equally grateful that they made it out in one piece.