Josh Klugger Tests His RVW Mustang Before Lights Out X 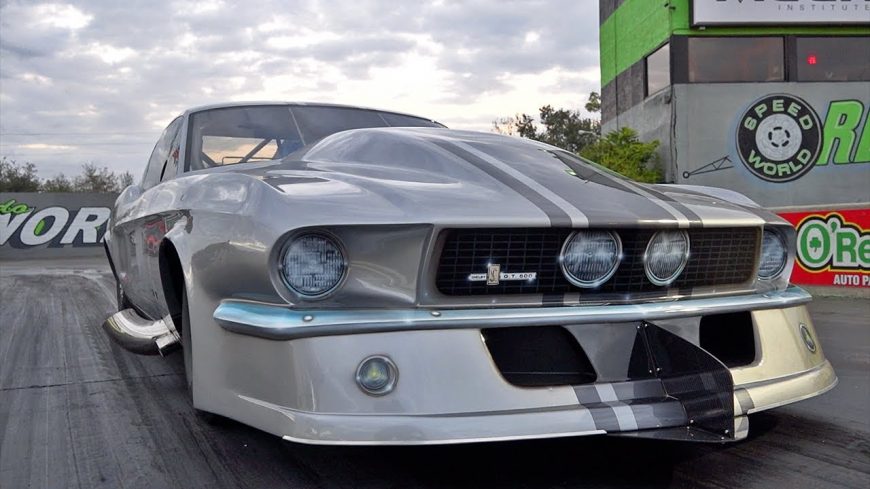 The gates have been open for a couple of days now and racers, vendors and even fans have been rolling into South Georgia Motorsports Park for the tenth running of Donald Long’s Lights Out. However, there are still a few dedicated racers out there putting the finishing touches on their rides as they finish off-season preparation for the upcoming season. One year ago, longtime radial badass Josh Klugger quietly set about building what would become known simply as “Klugger’s car”. Whispers and rumors swirled about, but nobody knew much of anything about the car until just a few short weeks ago when it rolled out of the shop and squarely into the spotlight.

With most new Radial vs the World builds being of the “pro mod on small tires” variety, it’s great to see Klugger sticking with the spirit of the class and building a car with a steel roof and quarters. While underneath, the car is very much full-blown race car, there are some touches throughout that give the car a certain nostalgic charm, such as the beautifully detailed airbrushed dash and the authentic Cobra inserts in the sill panels.

Under the hood, a ProLine Racing Outlaw Hemi is force-fed by a pair of Garrett turbos, pushing the output into somewhere between “holy crap” and “infinity” horsepower levels. This is the first car to be controlled completely by FuelTech’s ultra-trick FT600 dashboard and associated peripherals. Literally, every electronic component on the car is made by FuelTech and everything is controlled by the FT600 mounted just behind the steering wheel.

Klugger and crew headed to Orlando Speed World to make a few test hits after dynoing the car on FuelTech’s in-house dyno, and while we don’t have any numbers, I can tell you by looking at this pass that the car will be competitive right off the trailer when they join the rest of the radial contingent at SGMP later this afternoon.

« 2019 Ram Multifunctional Tailgate Needs to be Seen to be Believed