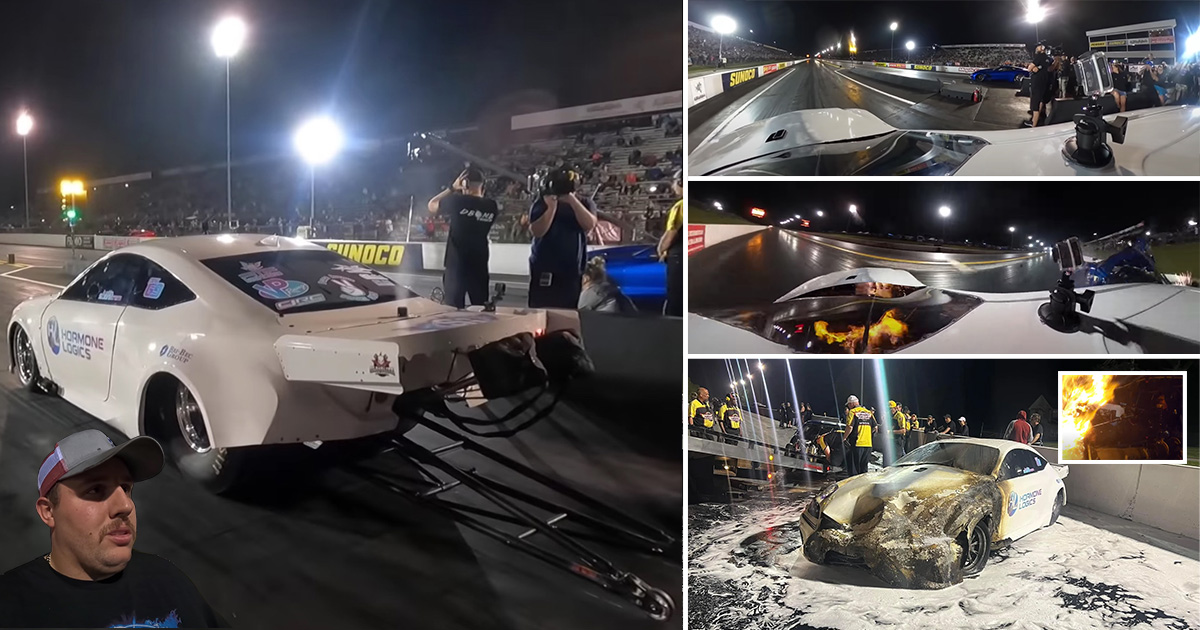 Have you ever wondered just how long a GoPro camera could last if it were surrounded by fire? Well, Street Outlaws: No Prep Kings competitor, Justin Swanstrom, was put in the unfortunate position of finding out just that in a situation at Maple Grove Raceway that seemed to just keep on getting worse.

A couple of weeks ago, the footage would circulate around social media showcasing an incredibly chaotic sequence of events. When Swanstrom lined up next to fellow competitor, Dave Adkins, things didn’t exactly go as according to plan for either driver.

While Swanstrom says that the pass started off clean, it wasn’t very long before things escalated to the point of no return. First and foremost, Swanstrom’s Lexus would end up going in a ball of flames. The driver says that he wasn’t quite sure what exactly caused the fire but the flames would soon be compounded with even more chaos.

While Swanstrom was rolling down the track on fire, Adkins got loose in his Chevrolet Corvette. As several camera angles in this particular video show, the Corvette ended up crossing the track and colliding with Swanstrom, truly adding insult to injury.

Eventually, Swanstrom’s car would collide with the wall where it would eventually come to a stop. Cameras were rolling inside and out of his car as he worked to get free from his seat and out of the burning car crash of a machine. Fortunately, it wasn’t long before the driver was able to maneuver his way from the cockpit and over the wall.

Down in the video below, Swanstrom gives us a ride along for the unfortunate series event over on his vlog channel. The video gives us a view inside of the car as it goes up in flames and even explains how one begins to pick up the pieces. Grab your official Swan Gang merch here!!!!

« Farmtruck and Azn Take a Tour of the National Trail Raceway – ANOTHER BUYOUT OFFER?