Kamikaze Chris Gets Behind The Wheel of a Twin Turbo Malibu

Kamikaze Chris Gets Behind The Wheel of a Twin Turbo Malibu

When it comes down to the no-prep scene, there’s always an air of competition. ...

When it comes down to the no-prep scene, there’s always an air of competition. When a couple of cars roll up to the line and get ready to go at one another, we can feel the tension building. It can really make the hair on our neck stand up with that instant gratification of having a winner and a loser after just a couple of seconds. That doesn’t even account for the theatrics that might occur as the drivers roll from start to finish! Long story short, when it comes to no prep races like these, you can’t break our attention!

When we a heavy hitter like Kamikaze Chris go to battle, that action gets even better. No matter who is lining up, though, neither competitor wants to go home with a loss. They’re going to throw down as much power as they can to prevent that from happening. This could mean that things get interesting in the constant pursuit of victory. Let’s just hope that everyone can keep it out of the walls!

In this one, we tune in to watch as Street Outlaws Kamikaze Chris goes head-to-head with a collection of familiar faces. They’re all throwing down in Idaho at No Prep Kings and the action gets incredibly heated. This time, though, Chris isn’t behind the wheel of the Elco that we know and love.

Ride along in the video down below from the guys over at the National No Prep Association as they’re on location to capture the magic. Who is going home with the victory in this collection of races and the bragging rights to go along with it?

I think that you’re probably going to have to just tune in down below to see that one for yourself. We wouldn’t want to spoil the action for you, after all. 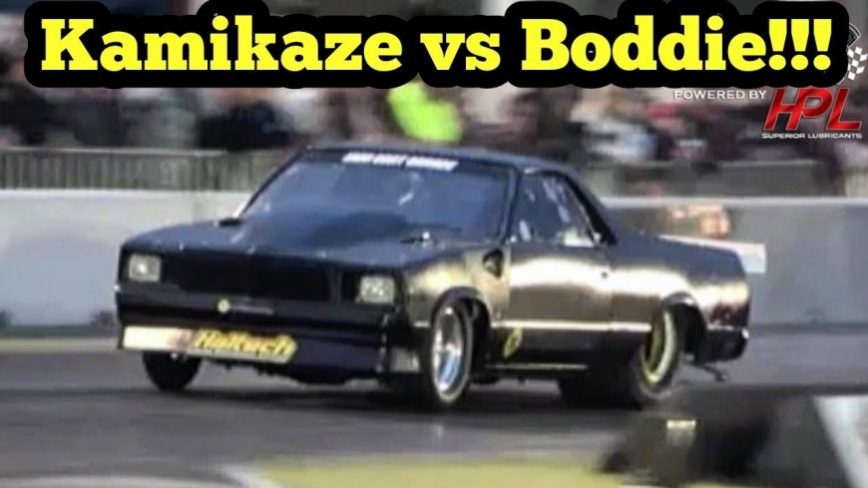