The infamous El Camino from Street Outlaws is about to be back, and coming with a ...

The infamous El Camino from Street Outlaws is about to be back, and coming with a vengeance! We’re not sure if we should call it a car or a truck, but Chris calls it a car so we will go with that. The ElCo started its joinery on Street Outlaws with Flip, a well-known street racer from Oklahoma City, and Big Chief’s childhood best friend. However after Flip passed away the El Camino sat under a tarp until Chris took over the job. Back then it was a nitrous power plant, and on small tires.

After Chris took the car he made a run at the list on small tires, and decided changes were needed before he continued his run, so he pulled the ElCo off the list, and got to work. It took him a few seasons to get back, but he came back strong! Beating a Pro Mod Studebaker on the show filmed in Kansas, before putting on big tires, and attacking the list. The famous underdog even took down the former king of the list Doc.

However Chris decided it was time for a change before he could make it to the top of the list, so just before PRI 2018, he made a HUGE change. Said goodbye to the nitrous, and Zoomies that made the car so awesome, and went with a much more efficient twin-turbo combination. Here we are 7 months later, and Chris is now on the dyno with his friends at Haltech this monster is finally on a dyno, and getting a tune! 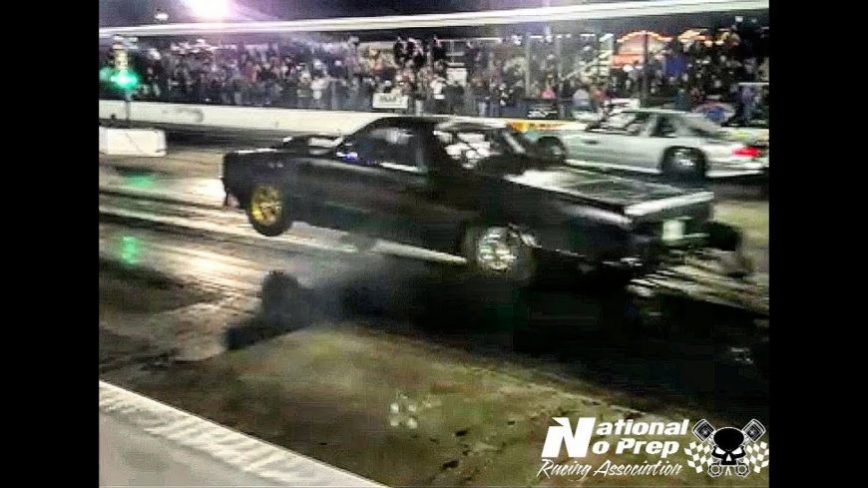