Unfortunately, sometimes, racing comes with a little bit of a tough curveball. ...

Unfortunately, sometimes, racing comes with a little bit of a tough curveball. Recently, for Kamikaze Chris, that curveball would be a pretty substantial accident. Luckily, Chris wasn’t seriously injured. This wasn’t just a small undertaking, though. Instead, it would originally appear as if the Chevrolet El Camino affectionately known as “The Elco” would be damaged to the point where not much would be salvageable.

However, after taking a step past the incident, Chris would get back to business. This meant that he had to assess the damage, going through the car to see just what kind of gold could be pulled from the carcass. With how expensive some of these components can get, anything that was salvageable was worth taking a look at. As it turns out, we might have overreached originally when saying that it didn’t look like much would be able to be saved. What we should’ve said is that perhaps not much from the front end could be saved.

We will surely get up to the front of the car eventually. For now, though, Chris and a couple of friends did find that they would be able to salvage a key component or collection of key components from the rear of the car. In this flick over on Chris’s YouTube channel, they go over the rear end and suspension, picking out a couple of things that seem to have been able to withstand the collision. Thankfully, some of these high-end components will live on again in whichever kind of ride Chris chooses to go with next.

By following along below, we get to watch as the teardown commences. In addition, we get a little bit of behind the scenes action that we wouldn’t normally be able to be a part of. The pretty cool thing about some of these vlog videos is that we get a personal view that sometimes can’t be captured with the television show itself.

Kamikaze Gives His Version of the Crash that Destroyed the Elco 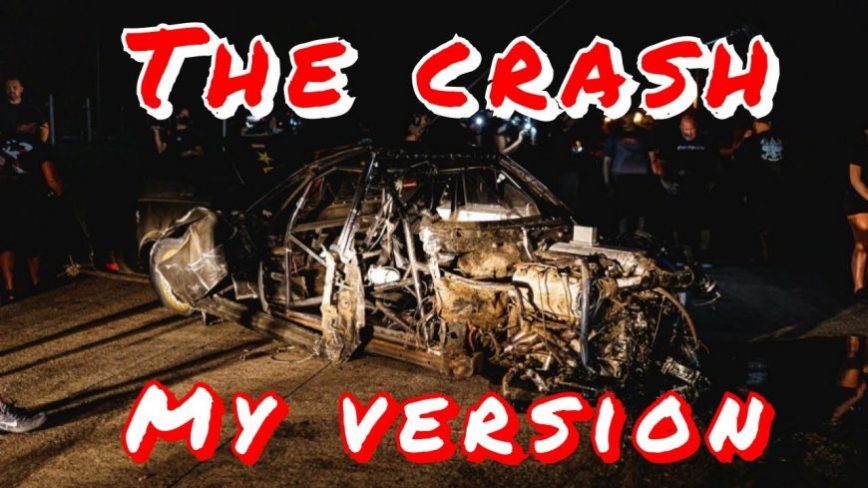