If there’s one thing in this world that we all try to move toward, it would be ...

If there’s one thing in this world that we all try to move toward, it would be becoming less materialistic. Nobody wants to be seen as the person who values themselves based off of the possessions that they have, however, in Hollywood, it can become just that as public figures seem to almost get into a competition for the “best” possessions. Some of these figures definitely brought it upon themselves, too, as individuals like Kanye West definitely haven’t exactly put together a reputation for being humble or someone who lives a minimalist lifestyle. After all, Kanye is probably about the king of excess.

With all of that in mind, we wouldn’t say that there’s really anything wrong with rolling around in something like a Hyundai Accent. After all, the car is moderately priced, reliable (from what we understand), and might even have a couple of options that make it okay to drive around on a regular basis. However, picturing Kanye in one of these things is something that’s a little bit difficult to do. With this demonstration, you have to use your imagination no longer, though, as Kanye is put straight in the hot seat.

TMZ cameras were on location to capture the moment as apparently one of Kanye’s assistants was tasked with picking him up and decided to bring their own vehicle to chauffeur Mr. West and Kim Kardashian around town. You could tell by the awkward grin on Kanye’s face that this definitely isn’t something that he’s used to and maybe is a little bit embarrassed about. There’s just something about the situation that really makes it a laugh to watch as there’s something so awkward about somebody like Kanye West getting into a budget vehicle. I’m pretty sure that we would have to agree with the commentator here that Kanye is probably wearing clothing more expensive than the car. 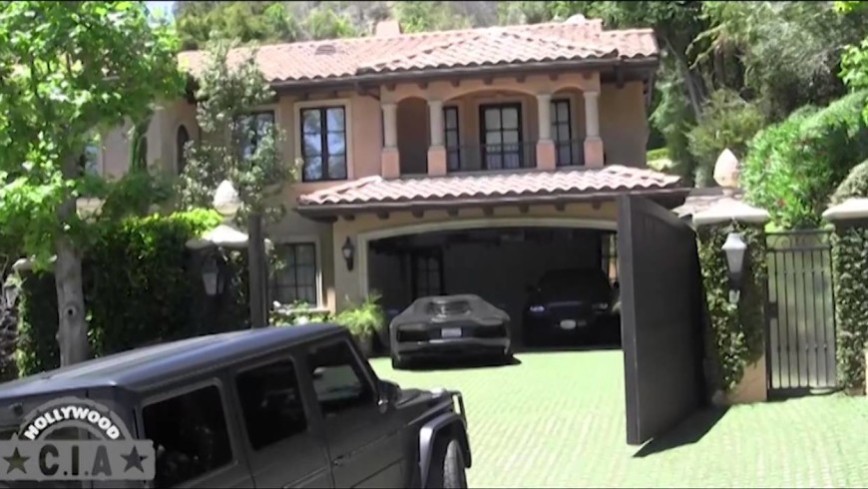