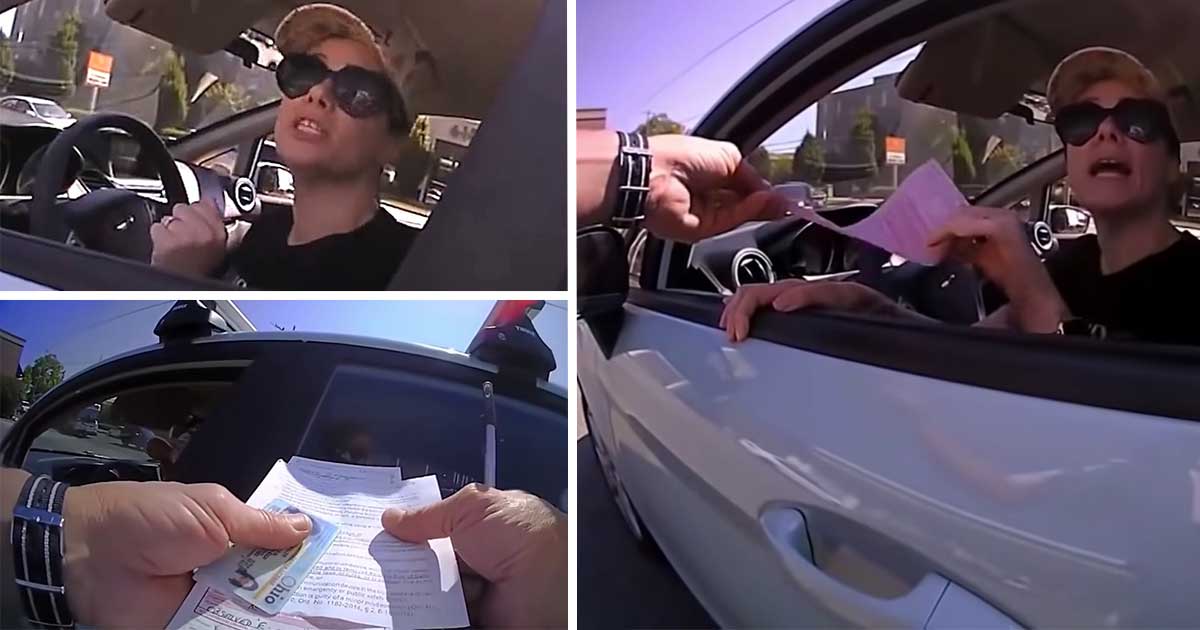 Sometimes, we just can’t help but look at a situation and wonder how exactly somebody ended up there. There are just some folks who tend to back themselves into a corner when it’s definitely not necessary.

In this particular situation, we join in with some bodycam footage that is actually kind of unbelievable.

It all starts out with a woman who was apparently so oblivious to her surroundings that she was pulled over for sitting in the middle of traffic and checking emails. While illegal, we know that it’s not uncommon for people to check their phones while behind the wheel, even though it’s not necessarily something we would recommend. However, being stopped for long enough to have a police officer discover you while sitting in the middle of traffic is a little bit different story.

After approaching the car to see what was going on, the officer was probably rather shocked to see what he would find.

Normally, we would think that somebody in this position would probably be rather apologetic, looking to put on a face to get out of a ticket. However, the woman behind the wheel took it upon herself to attempt to correct the officer, telling him that “Walking up to a woman’s car, you should have pulled me over, you’re lucky I didn’t have my pepper spray on me.”

She also continued that “As a woman you made me feel unsafe.”

We aren’t necessarily sure if the implication there is that police shouldn’t approach women. However, all of that is irrelevant when we circle back around to the fact that if she wasn’t reading emails in the middle of traffic, this wouldn’t have been an issue in the first place.

Honestly, we commend this officer for his incredible patience he exercised in the video.

« Battle between homeowner and HOA over truck could lead to foreclosure