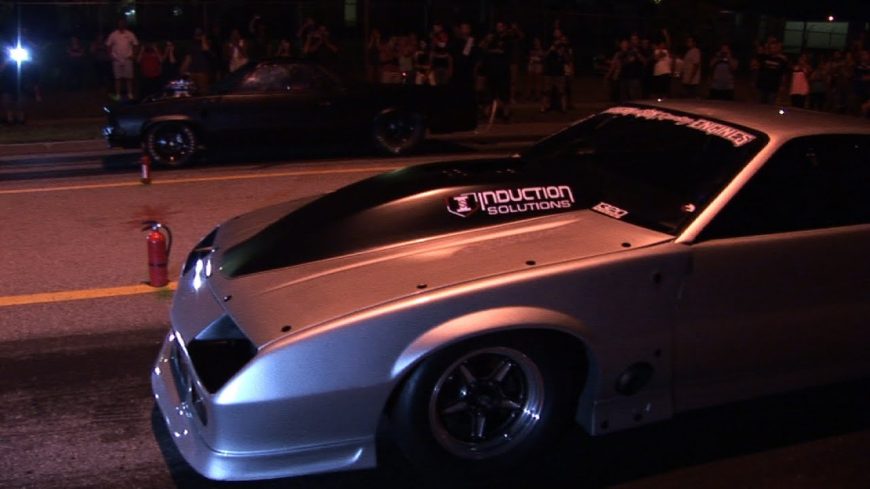 When you head out for a night of racing, you never really know what’s going to happen. Even if you prepare to no end, the slightest mishap or unpredictable component out there can throw everything off. This means that, in a street racing tournament, often referred to as “Cash Days,” factors like an undesirable street with no kind of rubber on it to aid in traction can really make or break a situation. The inconsistency of the surface combined with the need to win several races really makes things interesting.

Now, everyone does have to deal with the same set of circumstances. Therefore, the playing field is definitely leveled a bit. However, a driver’s ability to handle adversity can really come into play here, making even the most advanced street racers have to rethink their game plan go at a race.

This time, we watch as a couple of familiar faces head out to a big tire cash days. Each and every one of these cars have their eyes on the prize. It’s not exactly going to be a walk in the park for any competitor.

Follow along in the video down below that takes the liberty of highlighting the night as drivers make their journey through the pack. Everyone is pushing as hard as they can, trying to find the route to the final round and eventually come across the finish line where all that cash resides.

Who will be able to muster up what it takes to win at an event with all kinds of impressive racers? Well, we would invite you to follow along with the video down below to find out for yourself. As usual, the guys from Urban Hillbilly Action Videos were on the scene to bring us the action.

Only one can go home victorious!