KC in the Gas Monkey Garage Truck at the Drag Strip! 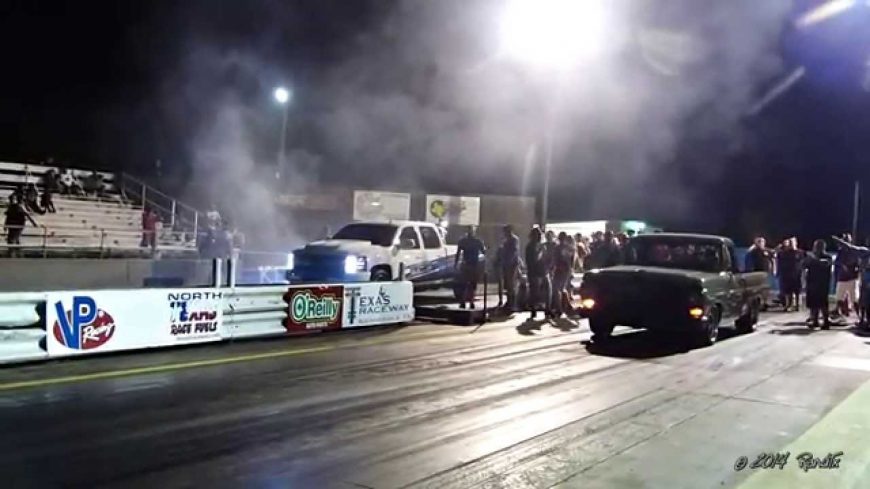 If you have ever seen KC Mathieu’s Ford F-100 otherwise known as “Frankenstein,” there’s a good chance that you’ve fallen in love. People simply can’t seem to get enough of this old school Ford as owned by the man behind KC’s Paint Shop as featured from time to time of Fast N’ Loud.

Now, this isn’t just any old Ford pickup restoration, instead, KC has a little bit of a surprise hiding under the hood as you probably know if you’re familiar with the build. Tell the truck skates along a little healthier because, instead of its dilapidated old power plant, the Ford is hooked up with none other than a 5.0L Coyote v8 and a Roush Performance supercharger to aid in extra speed and power!

In this demonstration, we check out the pickup as it heads out to the drag strip, going head-to-head with the likes of a Chevrolet Camaro that looks like it’s set up to go to war on the racing surface and also a Duramax powered Chevrolet Silverado that also appears as if it’ll give KC a handful!

Get your fill of this classic racing down in the video below. This thing might not look like it’s ready to dominate on the drag strip but, against these opponents, it definitely isn’t taking home second place! You’ve got to love the clean and sleeper look on this old truck especially when it backs up the hype!