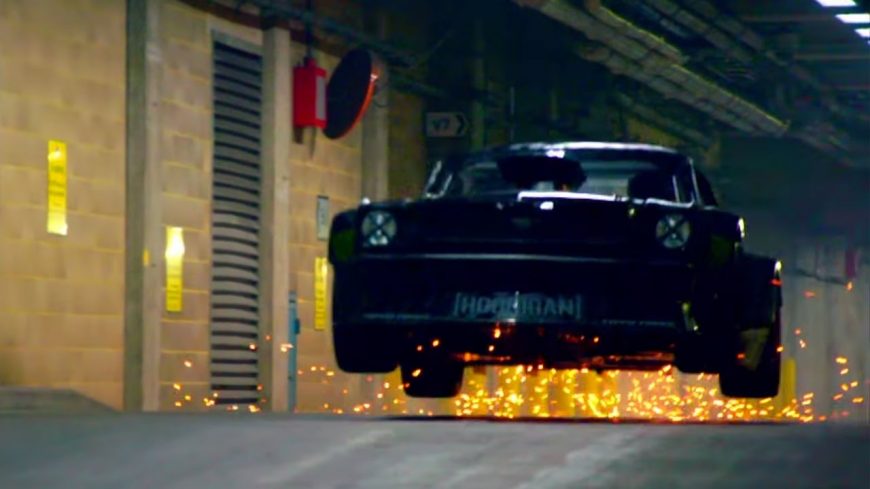 Ken Block has developed a massive following as one of the most outstanding drivers on the planet, but he’s probably most widely recognized for his Gymkhana drift videos which have taken the automotive world by storm. Each year, Block and his production crew managed to go bigger and badder, and the audience grows larger and more rabid!

In his last gymkhana video, Block introduced the world to the Hoonicorn, an all-wheel drive Mustang with 800 horsepower on tap and a radical slammed stance that makes it the perfect urban drift machine. In this special clip, we join Ken as he takes Top Gear star Matt LeBlanc on the quickest tour of London ever! Block expertly shreds the British capital in the Hoonicorn as LeBlanc reads his tourist guide, sharing some tidbits about the city as they slip, slide and smoke throughout London.

The duo end up outside Buckingham Palace, where a nice gnarly rev from the ‘Stang summons the Queen herself to the window to take a peek at what’s causing the racket outside! Block then loads the ride back into the transport chopper and the pair heads off to a new destination!

If anybody knows what that red button does, please let us know! It’s driving us crazy too, Matt!

« The biggest hauler ever? The Mammoet Fort McMurray moves a complete EX5500!