It’s hard to take a look at a career like that which Ken Block has put together ...

It’s hard to take a look at a career like that which Ken Block has put together not be just a little bit envious. We’re sure that Block works super hard. It’s difficult not to become entranced by all of the awesome vehicles that he gets to drive, though. After all, a major part of his job description entails that he gets behind the wheel of some of the most diverse and awesome vehicles in all of motorsports. Whether it’s a rally car, an off-road vehicle, or a machine built especially for Gymkhana, he has really been behind some of the most awesome vehicles imaginable.

This time, we get to go on yet another amazing journey with Block. In it, he shows off another vehicle that we’re sure has plenty of people itching to get behind the wheel. The Ford’s SVT Raptor is a machine that, straight out of the box, is a pretty capable beast. Equipped with all sorts of goodies in order to make the off-road experienced a pleasurable and adrenaline filled one, the Raptor is quite the popular truck among enthusiasts. However, as most probably could’ve imagined, the raptor that Block finds in his strapped into isn’t exactly stock.

In this one, we head to MOAB to check out one of the vehicles that Block has at his disposal. This one was modified by the same guys who came up with RaptorTRAX. While this particular truck isn’t exactly as extreme as the tank meets Raptor version, RaptorTRAX, it certainly has a lot to offer. Sitting on 37-inch tires, the truck is hooked up with enough suspension components to handle the toughest of terrain. On top of that, we see a custom bumper and skid plate inspired by a pre-runner. To top it all off, body effects aid in a wider and more aggressive track. This should help it be a little more tame while blasting through the desert. Long story short, it’s a desert beast! We couldn’t think of a more capable driver to let this thing eat in MOAB, either. 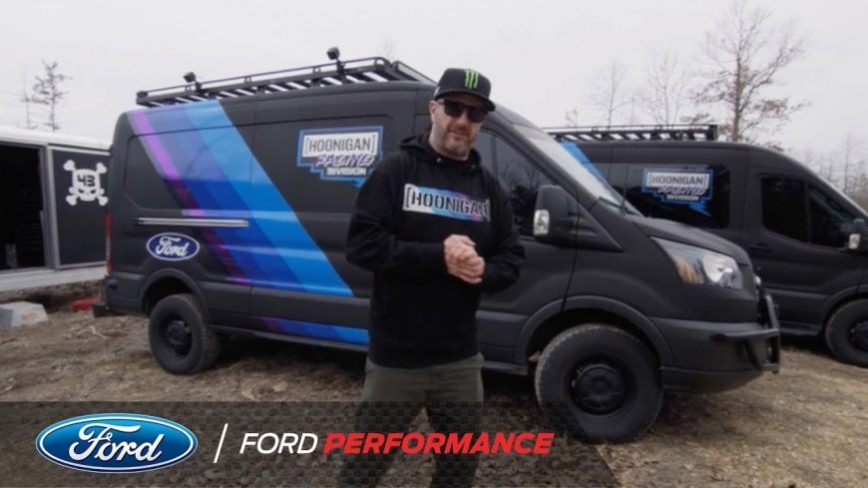