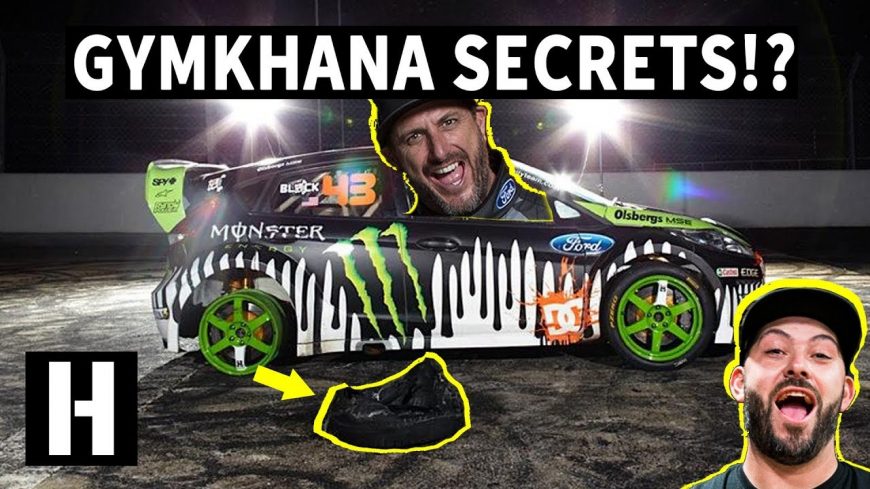 Over the past decade, Ken Block and the guys from Hoonigan have managed to one-up themselves with each new installment in the Gymkhana series. While gymkhana is its own form of racing, the series of increasingly-intricate and more enthralling video productions has taken a life of its own.

The location changes annually and Ken typically has a new ride for each new installment, and over the years the crew has built quite a stash of “secrets”, little tidbits of information that those of us in the viewing audience likely wouldn’t know had they not decided to drop this video and share a few of them with us.

This particular clip features the first ten secrets shared by Ken and Scotto, while another video (or two) are sure to follow featuring even more. I’m not going to give away all of the info here, you’ll have to hit that play button to find out all of the juicy tidbits, but a couple of them are certainly notable enough to earn a few words.

The one secret that really grabbed my interest was the fact that after spending some two and a half weeks on location scouting in Sydney, the Australian government decided against welcoming the crew to the Land Down Under. While I can see their concerns with copycat Hoonigans trying to knock off Block’s moves and causing trouble, that hasn’t been a problem elsewhere, so it’s hard to justify such a decision.

The crew was also told they weren’t allowed to shoot in Detroit, a decision that is just as bewildering as the Aussie call. Considering the rich automotive history of the Motor City, you would think of all the places they’d film, they would be welcome in Detroit.

Another notable tidbit is that the vaunted Hoonicorn Mustang was originally not even supposed to have been a Mustang, but instead was planned to be a highly modified Ford Maverick. Block and Scotto discuss the reason the Maverick was chosen, but ultimately scrapped, so go ahead and hit play below and educate yourself on the things you didn’t know about the Gymkhana series.