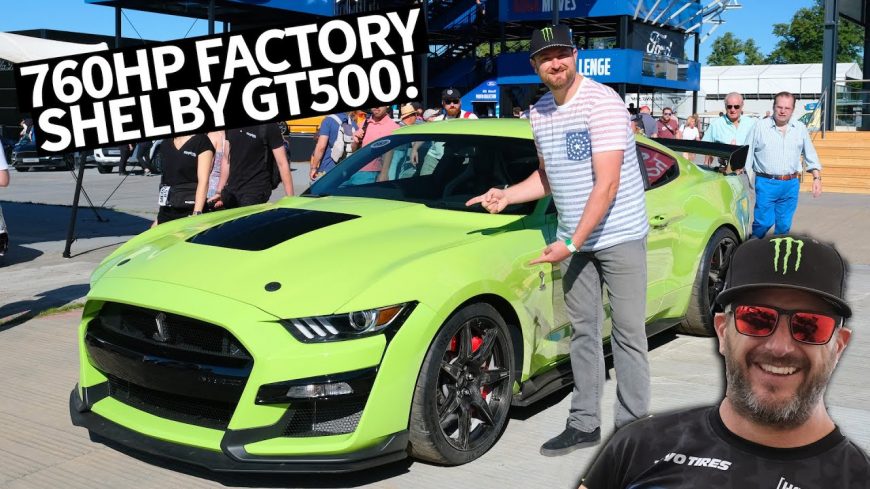 Let’s all be honest here, the new Shelby GT500 is one badass machine. No matter what camp an enthusiast belongs to, I think anyone being honest to themselves can admit that. This bad boy is cranking out 760 supercharged horsepower which makes it the most powerful street-legal Ford to ever exist. The way that it ends up being laid to the ground is incredibly satisfying as well. Let’s just say that the new Shelby isn’t exactly a car that we would describe as “tame.”

Luckily, when it comes to untamed beast machines, Ken Block and Vaughn Gittin Jr. seem to have the market cornered on controlling them. This time, the two insane drivers get together and go over the new design that Ford has laid out for us to enjoy. This supercharged maniac is sporting so much new equipment that it might just make the head spin.

This duo definitely features a couple of guys who aren’t going to be easy to impress. With the magnitude of vehicles that they’ve collectively been behind the wheel of, we’d think that nothing would impress them. When thinking about the likes of machines like the Hoonicorn or the variety of drifting masterpieces that Gittin Jr. has wheeled, no stock vehicle could impress, right?

Well, by following along in the video below, we get to hear their thoughts and how this machine managed to blow them away. Oh yeah, how could we forget? We also get to see this car pushed as it screams around the track with a vengeance. Once that throttle is cracked open, it’s game over. It has been quite some time since we’ve seen a machine roll off of the assembly line and get this rowdy. The 2020 Shelby is certainly going to prove to be a handful when it finally hits the streets.