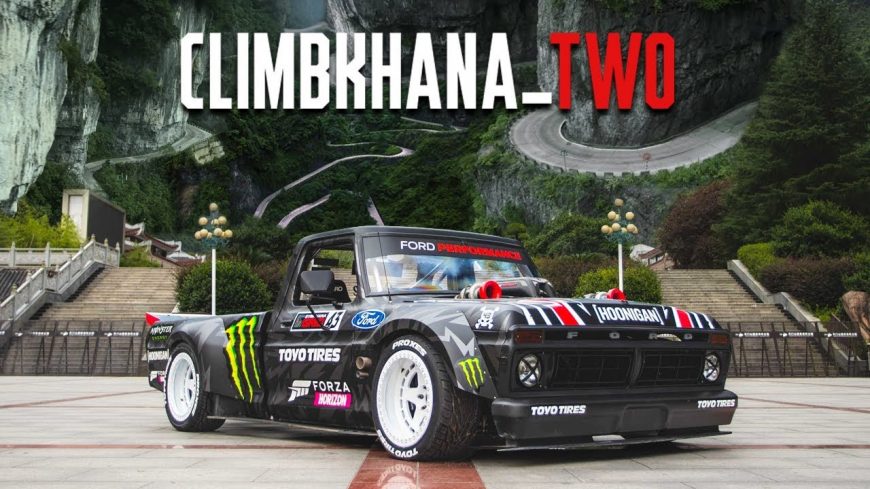 Somehow, someway, Ken Block always manages to find a way to turn up the volume. It seems like each and every time they guy hops behind the wheel, he’s cracking up the intensity. With the Gymkhana series, we have seen a barrage of impressive vehicles pushed to the absolute limits. This list of rides is almost too long to pick out a favorite.

Before we knew it, Block was switching it up as he went with something a little bit bigger. Instead of the cars that we come to know and love, the traditionally lightweight machines to be thrown around were replaced with an old school Ford pickup truck. To those who aren’t familiar with how Hoonigan operates, this might seem like a foreign concept for these kinds of stunts. However, when they lay their eyes on the Hoonitruck, everything becomes all that much clearer.

This time, we check out the second rendition of Climbkhana. As per the usual, Block is pushing the limits yet again. He’s putting life and limb in jeopardy by taking on China’s most dangerous road. With 914 hp, slinging this truck through the turns is something that absolutely needs to be seen to be believed. Let’s just say that Tianmen Mountain isn’t going down without a fight.

By following along with the video below, just be aware that you’re signing up for the ultimate adrenaline rush. This is a journey that a lot of people would probably be wary of by just driving up normally. However, if you know anything about Ken Block, you know that he doesn’t really do anything behind the wheel in a normal fashion. Be sure to keep those eyes peeled and this one because we never really quite know what’s coming next.

Oh yeah, be sure to crank those speakers up, too!

« The First Ever 2020 Supra Rebuild Series is Already Under Way