When it comes to really accomplishing those big-picture goals, sure, you might have ...

When it comes to really accomplishing those big-picture goals, sure, you might have to be the one to keep everything on track and make sure that factors align in just the right way to make your vision come true. However, I think that most people who have accomplished big things in life realized that when it comes to really chasing down your goals, it’s really difficult to accomplish them without having a good support system backing you in some way. When you’re out there grinding and really putting in the work, that can be something that’s easy to forget but with a video like this, hopefully, you remember those who are pushing for you.

In this one, we follow along with multi-talented entertainer, Kevin Hart, as he appears to have just gotten back from touring. Now, in order to show those around him who have shown their support that he appreciates them, Kevin has decided to go out and buy his entire team a bunch of classic cars. Now, to somebody who is as world-renowned as Hart, something like this is nothing more than a drop in the bucket but the effort and thought that has to go into something that I’m sure the entire team appreciates in being able to get your very own pristine classic muscle car has to be an amazing feeling!

If you follow along with the video below, you’ll be able check out the scope of this gift as we get to see each and every team member get their own muscle machine! Perhaps the best part about seeing something like this is that he didn’t have to do anything at all and his team probably would’ve been perfectly content but instead, he went out of his way to make sure that they were feeling the appreciation. This is definitely something that we should all incorporate into our way of thinking in some capacity, even if it’s not through a gift as grand as this.

Just treated my guys to Old School cars….This tour has been amazing. I wouldn't be where I am today without my team. Love y'all…..We ride together we die together….Plastic Cup Boyz for Life!!!!! #irresponsibletour #MyBrothers ….. @naimlynn @justtrain Wayne Brown Page Joey Wells 5 Johnburgandee Will "SPANK" Horton @kevinkwan327 @hgoodspeed & Nate Smith

This Mustang Burnout Fail with Kevin Hart is Classic! 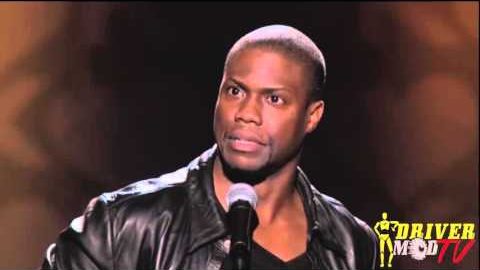