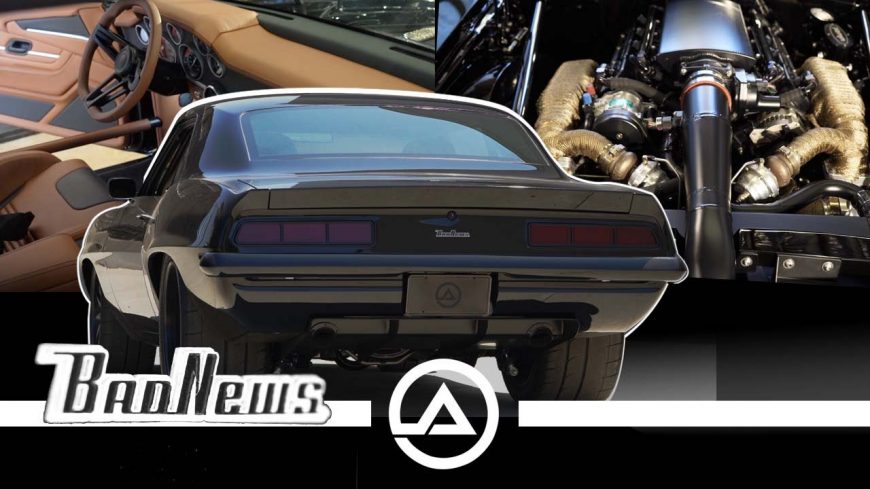 For those who aren’t familiar with Kevin Hart, they might not realize that he’s actually a pretty big car collector. For us down here in the trenches, it’s pretty neat to see some of these big-name celebrities really get invested in car culture and Hart certainly has a taste for American muscle machines.

This time, we get to check in with one of his machines that goes by the name of “Bad News.” With an all-black aesthetic, this is certainly a car that we wouldn’t want to run into in a dark alley.

Starting with an Art Morrison chassis, C6 suspension, and destroked LSX based LS7 featuring 380 ci, this machine is as bad as they come. Top it off with 68 mm Turbonetics ball bearing turbos and you have yourself a combination that is set to kill.

The fun to drive factor really seems to come alive when we learn that the car is also shifted by a Tremec six-speed transmission. This particular Camaro really seems to be the ultimate definition of a modern meets classic American muscle machine as it roars to life.

When all is said and done, the Camaro promises to be a beast that’s worthy of the streets. Right now, it’s turned down and operating on very little boost. The car is creating about 650 hp to the tires along with 680 pound-feet of torque on pump gas. In other words, if you want to get nasty, the potential is there but for now, it’s just a street beast that will dominate about 90% of machines that it runs into without even beginning to tap into the car’s true capabilities.

By following along with the video below from AutotopiaLA, we get the up close and personal that really shows this car, inside and out. Naturally, with a name like “Kevin Hart” attached to it, we know that everything is going to be top-tier quality. However, just because you have money doesn’t mean you have good taste. In Hart’s case, though, good taste is abundant!