Kid Rides Couch Down Crowded Highway, Where Are His Parents!? 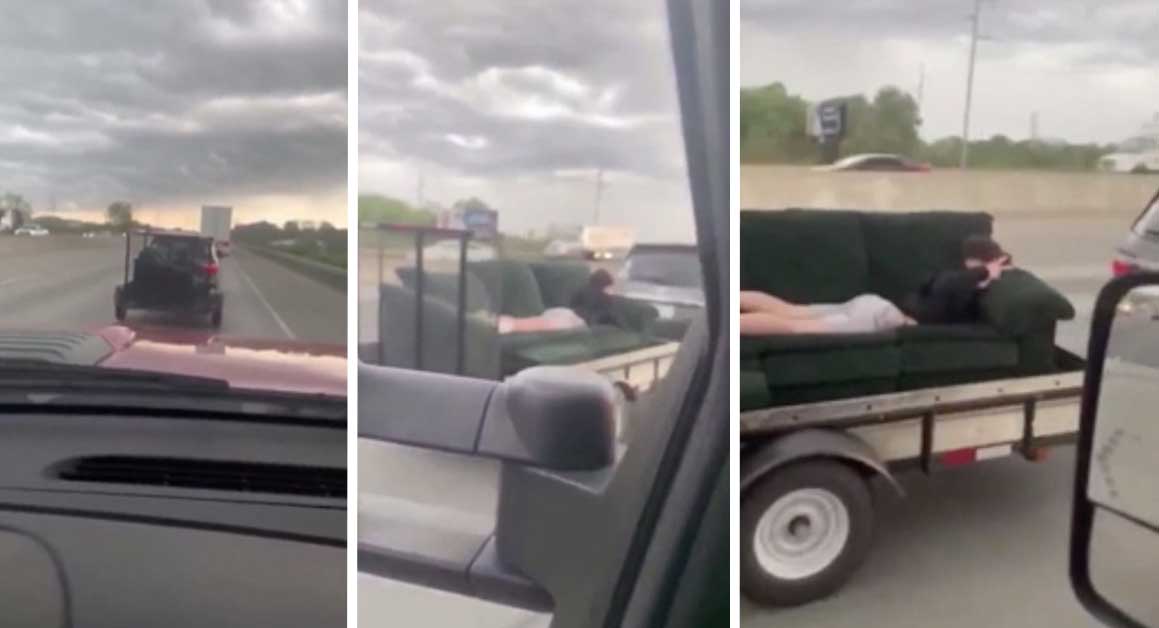 Here at Speed Society, we feature a lot of content. Over the years, tens of thousands of posts on our site have outlined just about everything that has to do with the automotive community. Some of these pieces were more serious and described major automakers. Other pieces have been a little bit less serious as they relate to things that people like to do when they’re bored in the garage, for example. With such a wide array of experience, we might tend to think sometimes that we’ve seen it all.

However, time and time again, we are proven wrong. As the people who have surely seen a lot, videos like this prove that we might never see it all, in fact.

This video, appropriately, was found over on a section of Reddit dubbed “Idiots in Cars.”

It’s pretty hard to believe how many people are stupid behind the wheel to the extent that an entire community can come together over all of the antics.

With this particular selection, we find a couple of people who do something incredibly dangerous.

The video showcases a kid riding on a couch on a trailer. It’s not just locally, either, but instead, at highway speeds on a crowded interstate. Now, we’re off for a little bit of an adrenaline rush. However, on the other hand, we know a downright dangerous and bad idea when we see it. This one falls into the latter as the minivan pulling the trailer is hurling its way down the highway.

For the sake of our mental sanity, we’re going to hope that the people in the minivan aren’t the parents or responsible party for this young man. Surely, there’s no way that anyone would put their kid in danger like this.

Perhaps someone needs a reminder that one wrong bump or failed trailer hitch could be a life or death situation for no good reason.

Idiot on sofa, on a trailer, while going on the highway from r/IdiotsInCars