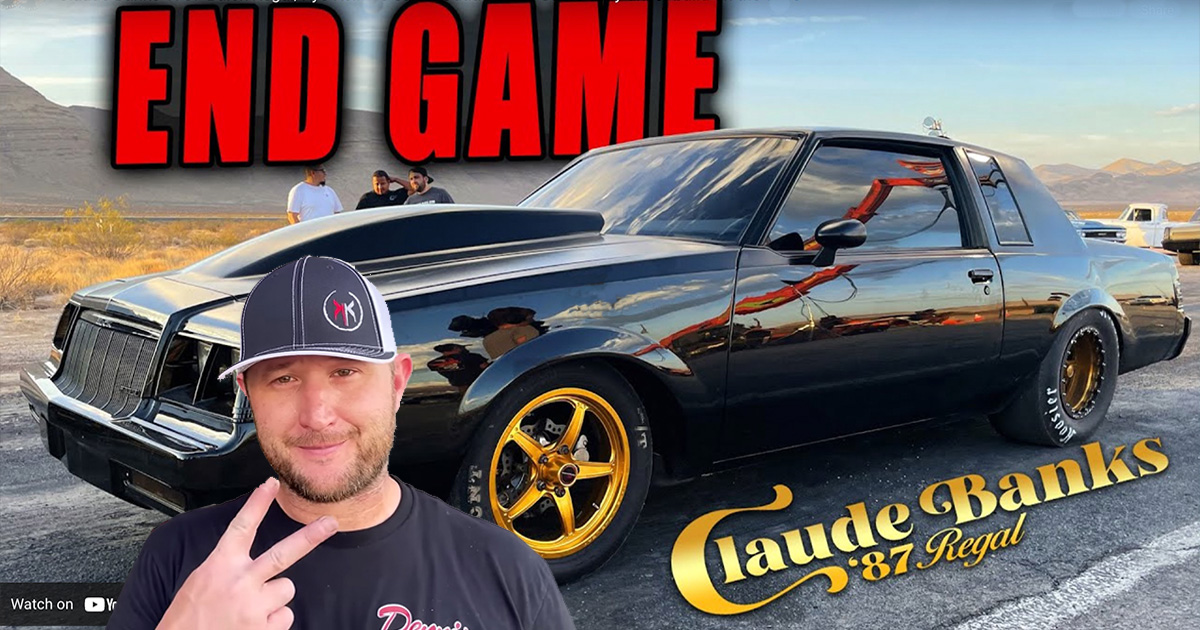 In an exciting plot twist, recently, the powers behind the Street Outlaws production have decided that they are going to take the 405 back to its roots. For those who missed the memo, the new product is known as Street Outlaws: End Game will essentially take drivers out of their big tire, high-dollar race cars and put them in something that’s a bit more relatable to the everyday racer. These small tire machines emulate something that fans were treated to back in the early seasons of Street Outlaws before things evolved to the point where they are today.

With this new production, we have to say that we’re absolutely ecstatic to be able to see some of the builds that have been coming together under the watch of some fan favorites. As these competitors have put together an extensive amount of knowledge and ability over the years of racing, there are some truly special machines coming out to do battle this time around.

This time, we check in with competitor, Kye Kelley, and his End Game project which certainly is going to cause a ruckus.

Kelley will hope to stay dominant on the streets as he rolls out his 1987 Buick Regal that goes by the name of “Claude Banks.” Under the hood, Claude features a 427 that Kelley says was built out of a Summit Racing magazine. He then continues to tell us that he threw “everything you could buy to bolt on it” and promises that it’ll cause a stir on just about any street. He even goes so far as telling us that the car will stick to dirt if it really had to!

Down in the video below from Kye Kelley Racing, we get to check in with the new street car that Kelley is going to be rolling to the line within new episodes of Street Outlaws: End Game. Perhaps, last but not least, one of our favorite features that we find is a pair of 15-inch subs in the trunk that really convey the idea that this is a true street car.