When it comes to a no prep racing event, you’re pretty much always in for a ...

When it comes to a no prep racing event, you’re pretty much always in for a good time. With this kind of racing, drivers and cars are put through such aggressive paces that they are really left to try and cling on to every last advantage that they can to take home victory. Normally, when this is the case, you will see your favorite drivers really reaching for the stars, pushing themselves further than you would normally expect them to as they will do anything and everything they possibly can to take home victory.

In this one, we check out a couple of guys who are looking to surge their way to the finish line first at the Small Tire Legends event that has a good old matchup of power adders going head to head. In one lane, we have a Ford Mustang Fox Body with a turbo onboard as piloted by Kenjo Kelley and in the other, we get to see a familiar Chevrolet Camaro go to war with nitrous that’s ready to rumble as Kye Kelley hops behind the wheel and gets ready to do what it is that he does best.

Follow along with the video down below from the National No Prep Racing Association as it takes you to the scene of the action, showing off the Shocker in its natural habitat as it goes up against a Fox that’s also hungry for the win. When it comes to competition like this, you had better bring your A-game and then some because this is definitely a tough set of competitors who aren’t handing out easy victories to ANYBODY out there. The race ended up being a door to door matchup and any last advantage could make this thing go in one direction or the other so you’re going to want to break out your popcorn for this one!

Kye Kelly vs David Bird Jones! On The Street! 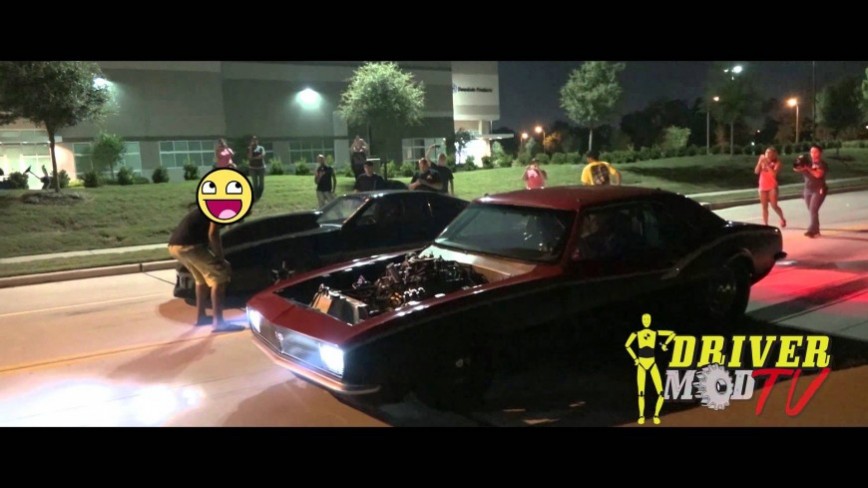