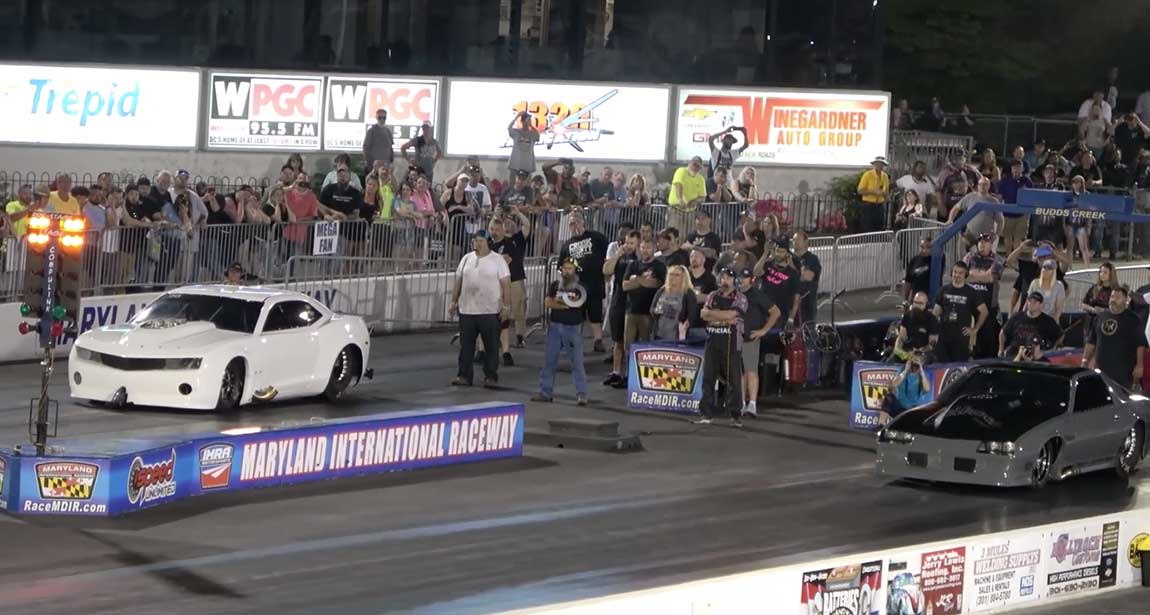 If drag racing is your thing, nothing is better than a good old fashioned grudge race. Sure, things might get a little bit more complicated when money is thrown into the mix. When we know that there’s something a little bit more substantial on the line to shoot for, it really makes the competition that much more intense. As if a race between Little Country and Kye Kelley needed more intensity, this time, we see a little bit of a wager. This time, we ride along at No Prep Kings when just that race went down. With $5,000 on the line between these Street Outlaws, this thing had enough pressure to blow the top off of that venue! Well, it would if there was a top to blow off.

Even for these guys, $5,000 is a lot of dough! The bet was on, though. These two would be on their way down the drag strip with their eyes on the finish line. When drivers are rolling that fast, I’m sure that everything else fades away. Everything from that prize money to the guy the next lane overturns into a blur. Check out the video down below to see which one of these monstrous machines would be able to pull off the victory. In addition, they’re taking home some big-time money!

From the start of the race, it looked like one racer had it in the bag, but that view at the finish line is a lot closer than you might have anticipated as it tells an entirely different story! As per the usual, the action is brought to us by the crew over at National No Prep Racing Association. This race would’ve been an adrenaline rush without money in the mix. When a little bit of cash is thrown in, though, things take on a new level of excitement.

Posted by National No Prep Racing Association on Monday, June 10, 2019