Kye Kelley vs The 55 at American Outlaws Live

Kye Kelley vs The 55 at American Outlaws Live

At this summer’s first American Outlaws Live event, many of the stars of Street ...

At this summer’s first American Outlaws Live event, many of the stars of Street Outlaws – both franchises being represented – lined up to do battle. New Orleans powerhouse Kye Kelley faced off with the insanely clean 1955 Chevy of Chuck 55, with Kye being an odds-on favorite to take the win.

However, somebody forgot to tell Chuck that, as he strapped a holeshot on Kye and never looked back, taking the huge upset win and advancing on to the next round. If you watched this weeks episode of Street Outlaws, you know that on this run, Kelley’s Camaro backfired through the intake, but it’s hard to say that would have mattered, as Kye was uncharacteristically late off the line and was over a car length behind when the cars passed the camera.

Kelley would get one more race on the day when he lined up with Big Chief for a grudge race later that night. We will bring you that footage soon and let you see if Kye extended his win streak over Chief or if the Crowmod had enough to break the streak! 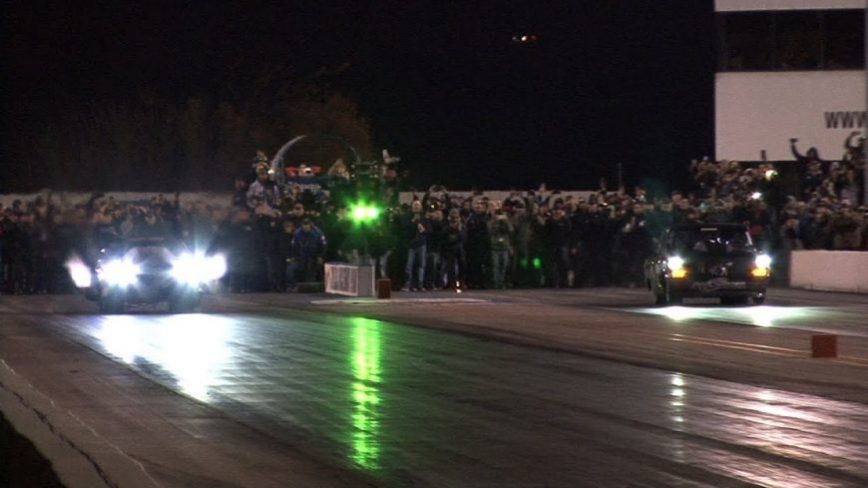