Lambo Espada Shows How Lamborghini Stepped Outside Supercars Before, it Didn’t End Well 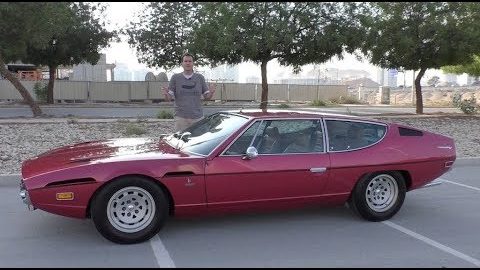 Even with companies like Lamborghini that seem to have the world at their feet, a little bit of trial and error is necessary every now and then to keep them in check and I think that’s something that they truly realize. As the recent SUV release in the Urus reminds us, the company isn’t banned from trying things that are off-the-wall. Every now and then, even companies like these do projects that don’t really catch on and somehow get swept under the rug to never be heard from again. One of those projects just so happens the Lamborghini Espada.

Maybe they weren’t necessarily trying to sweep it under the rug but the idea that most people would scratch their heads in confusion when you bring it up really says something. Even as someone who has dug into thousands upon thousands of cars as an automotive journalist, I learned something about the car that is essentially the equivalent of a Lamborghini station wagon, a car that really had more than its fair share of quirks. If you shook all the Lamborghini badging off of this thing, I would almost guarantee that there wouldn’t be very many folks who would even know what this car this even is or who made it. However, with Doug DeMuro on our side, we’re able to learn a little bit more about it so that we can dig down deep in the minds of the folks at Lamborghini to figure out exactly what they were thinking at the time because this certainly does not seem like their cup of tea when you look at their track record.

In the video below, we’re able to get the top to bottom rundown of the Espada, figuring out exactly what this thing is made of and what direction Lamborghini was trying to go in at time that really didn’t seem to pan out for them. If we have noticed one thing about this automaker it’s that they have made some pretty incredible machines and in every once a while, they aren’t afraid to deviate from the norm, even if it’s something that doesn’t end up catching on in the long run. In fact, when looking back on a creation like this, it almost does remind us a little bit of the recent release that has Lamborghini diving headfirst into the SUV market. Hopefully, their recent ventures don’t follow in the footsteps of the Espada!

« 7 Car Features Seemed to Disappear Out of Nowhere