Lambo Owner Snaps on Valet After Finding Out About Joyride

Lambo Owner Snaps on Valet After Finding Out About Joyride

There are a lot of situations in this world where it can be easy to have trust ...

There are a lot of situations in this world where it can be easy to have trust issues. We’re sure that not all valet drivers are bad. There are many out there who are just trying to do their job and earn a living. In fact, this probably accounts for most of them. However, it seems like the ones that come to light most often are those who stepped outside of their role.

It could probably prove to be pretty difficult to not at least fantasize about joyriding a customer’s car when something like a Lamborghini of any variety is dropped into your lap. However, actually carrying out one of those fantasies is a big-time no-no. It’s probably the worst thing one could do as a valet aside from crashing. Perhaps it’s even worse as a crash could be an accident.

This time, we see such a situation that has allegedly unfolded, or so this customer thinks, at least. The thought of a joy ride brought absolutely no joy to the owner of the car. Nobody is going to be happy after they found out that they left their vehicle to be trusted with the valet and had their trust broken.

Now, we have to clarify that there isn’t much information to go alongside the story. What we do catch, though, is the end result of someone acting upon a suspicion. How real the info is, though, it’s hard to say one way or another. What we can say, though is that the customer gets pretty irate. We can’t say that we necessarily blame him if his info is valid.

Following along with the video below, we catch up with exactly what transpired that day. It’s really tough to know how exactly one would act in this situation until they’re actually put in the driver seat. No matter what way we slice this one, it looks like it’s certainly ended with one unhappy customer.

Guy Loses it Over Parking Spot At Walmart 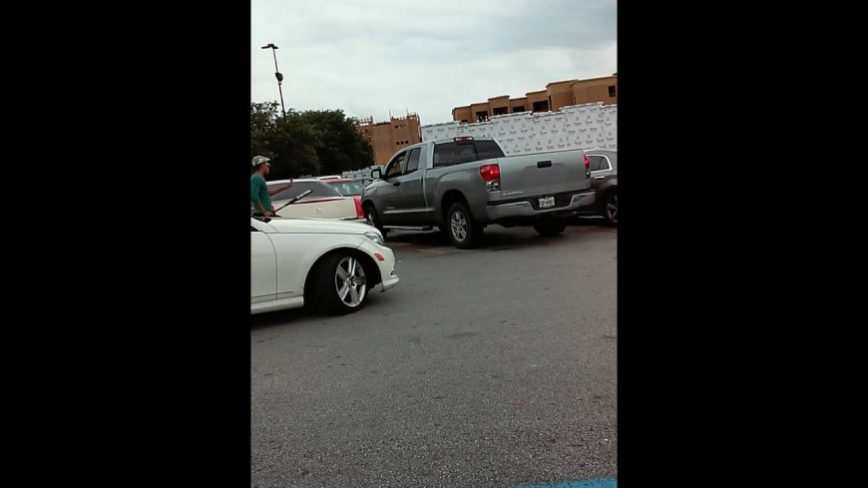