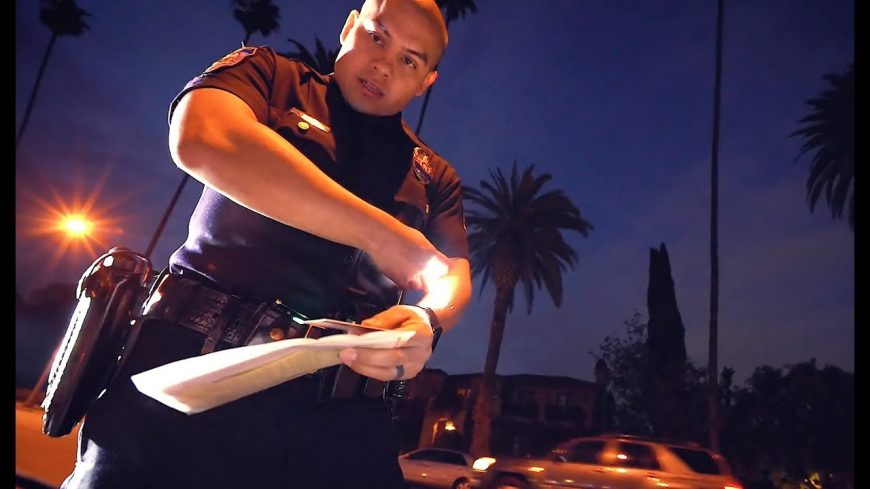 If you’ve ever seen the guys over at Daily Driven Exotics go to work, you know they really liked to party on wheels, showing off some of the most amazing cars that this world has to offer and absolutely putting them through their paces, pushing the limits on what most people would do with high dollar exotics. With that kind of attention, every once in a while, comes unwanted attention from the police. While it’s somewhat to be expected, I don’t think that Damon, that guy behind all of the magic at Daily Driven Exotics, ever really expected an encounter with a police officer quite like this.

It all happened while cruising around Beverly Hills in a Lamborghini Huracan. As Damon made his way through the town in the Lambo, eventually, he would run into a police officer who said that he had run a stop sign, a claim which Damon adamantly denies. After pulling him over, the officer would continue to make more claims that the driver here would retort to be false, telling Damon that he was getting a ticket because his exhaust was modified and that he was driving without an American license in the United States, another law Damon says simply doesn’t exist which creates some confusion between the two.

At the end of it all, the crew ends up heading to the local police department in order to file a complaint against the officer who they say ended up harassing them, in their words, as they would try to make their way around town. As with any situation like this, the public opinion is always going to be split so we will let you be the judge and jury on this one. It’s pretty unique to be able to watch a video like this because most people wouldn’t have the courage to record video in the police department like that!

« Tesla Loses Money Every Year, This is How They’re Still in Business