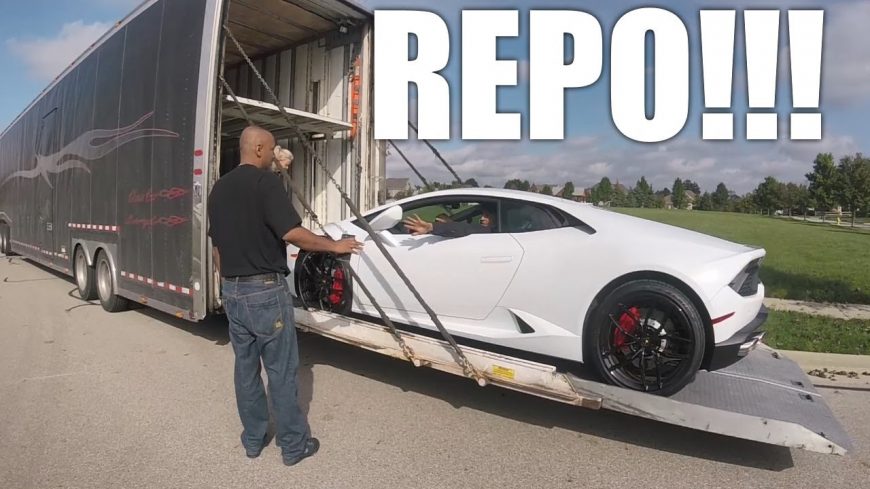 Even when it comes to a car like a brand-new Lamborghini, the bank definitely isn’t going to let you slip behind on payments and keep on owning the car. Therefore, you’d better make sure you keep up on that car note, otherwise, you could see your Lamborghini rolling away and into the waiting arms of the bank as they will happily repossess your asset so that they can sell it and get their money back that they lent you. That’s definitely a feeling that nobody wants to go through and I guess that because of that potential emotion, this guy decided that he had the perfect prank to pull.

In this one, this guy really went above and beyond, pulling all the strings to make sure that the stunt would seem as real as possible, even going as far as creating a fake bank letter to say that the car is a goner. As it just so happens, our prankster’s boss has had his assistant pay some of the bills, including his car note, however, this time, he setting it up to make sure that it looks like the bill wasn’t paid and that the repo company was on location to come and take away the machine. From the looks of things, we would have been thoroughly convinced that it was the real deal if nobody said otherwise. Well played!

If you follow along with the video below, you’ll be able to see the exact reaction that this Lamborghini under gave when he saw what he thought was the repo man towing his car away. The downer about this whole thing is that we never got to see the outcome of the prank when the truth was revealed, but the execution was really on par! You could say that the Lambo owner, who goes by “Will Motivation” on YouTube, got pretty mad! Be sure to catch it for yourself and tell us what you think of the whole ordeal as this prank goes to another level of foolery!

« Smack Talk Between Buddies Ends on the Strip, Whipple Mustang and Hellcat Throw Down