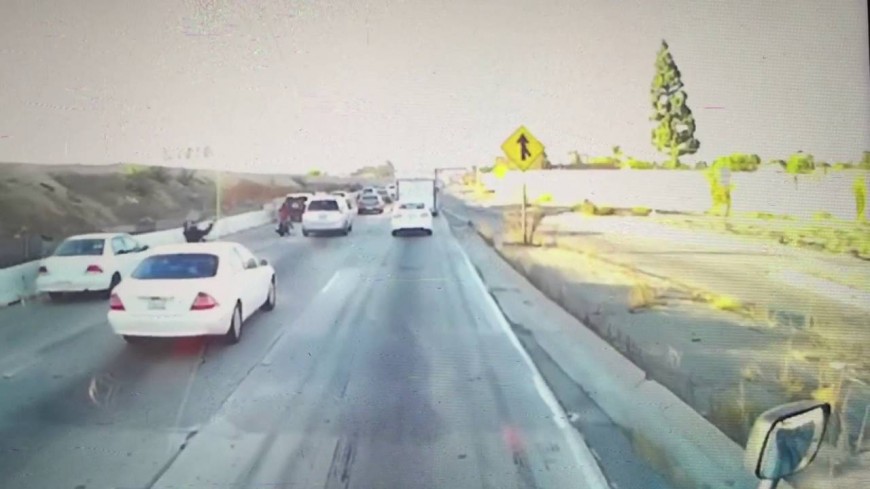 Sure, lane splitting might be legal in many areas, but just because it’s legal doesn’t mean that it’s the safest way to get around on the roadways.

This time, we check out an example of lane splitting that goes wrong. Now normally, it’s a biker getting clobbered by someone who isn’t paying attention, but rather something much more malicious.

It appears as if the guy behind the wheel of the Ford Ranger pictured here isn’t too happy with the motorcycles that are able to scoot through traffic like a hot knife through butter, so he takes matters to his own hands in the worst way possible.

Check out the dashcam footage below as we see him in the act as he swerves into a rider who doesn’t miss a beat before getting up and attacking the truck.