When it comes time to go all-out and race, sometimes, wrecks come into the mix as an ...

When it comes time to go all-out and race, sometimes, wrecks come into the mix as an inevitable part of the sport that simply can’t be avoided, sometimes. While, most of the time, the accidents will happen somewhere between the start and finish line, obviously, you need to be on your toes whenever you’re behind the wheel of a racing machine.

In this little blooper, we’re able to ride along with Larry Larson from a variety of angles as we can get inside of the Chevrolet S10 as he takes the killer truck for a ride down the drag strip that nearly ends in disaster. The pucker factor on this one had to be pretty darn high!

We watch in suspense as the truck barrels its way down the track and crosses the finish line successfully when all of a sudden, Larry discovers that he doesn’t have all of his stopping power which creates quite an issue if we do say so ourselves.

As someone who has seen a lot of time on the track, Larry is probably one is the drivers who has the best chance of making a save in a scenrio like this and that’s exactly what he does. Instead of heading for the sand trap, Larry locks up the wheels and sends the car sideways, figuring that he has enough space to save the truck from damage in that trap. This is really an amazing scene, to say the least! 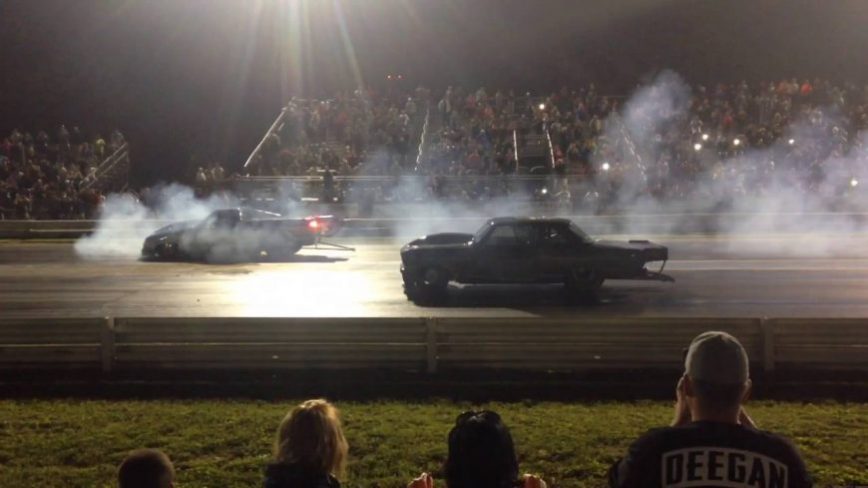