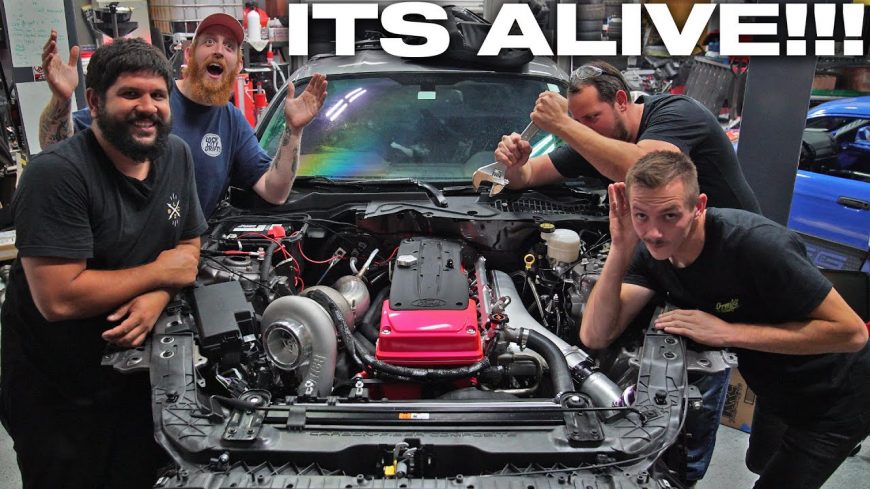 Watching one of your cars burn to the ground in from of your eyes is definitely never a fun situation. Unfortunately, for automotive YouTuber, Adam LZ, that was exactly what would happen to him. Unfortunately, at a track day, his 2017 Shelby GT350 would go up in a ball of flames. However, the car was salvageable enough to bring it back into the shop and start a new project from the ground floor.

In such a situation, a lot of people would probably just figure out how to put the car back to stock. However, it seems as if Adam had other plans for the machine. Instead of just buying a new crate motor or pulling something out of a junkyard, he decided that an engine swap was in order for the late model Shelby. This is where the fun would really begin.

As we all know, there are plenty of options for such an engine swap. Some of these options are more common and probably simpler. Needless to say, something like an LS engine would likely be the easiest to slide under the hood. However, this swap went in an entirely different direction than conventional. In fact, we would be inclined to think that this one took quite a bit of work.

Instead of anything that was even remotely close to run-of-the-mill, the Shelby would end up receiving a heart from abroad. In place of the original engine, the Mustang now sports a ford Barra engine. For those who aren’t familiar, that’s likely because the engine combination isn’t available in the United States. However, the turbocharged six-cylinder has really picked up a lot of popularity on the internet lately. By following along with the video below, we get to witness the first start of this Mustang with a unique heart.