LEGO 4 Cylinder Engine Submerged In Oil… WIll It Run Better?

LEGO 4 Cylinder Engine Submerged In Oil… WIll It Run Better?

If you’ve read any of my other articles about LEGO creations on the site, you know I ...

If you’ve read any of my other articles about LEGO creations on the site, you know I have always been huge fan of the world’s coolest building blocks for most of my life, especially the Technic series. Technic kits include parts that function mechanically, like gears, electric motors and functional crank-and-piston pieces to build some pretty realistic models.

While many just stick to the instructions and build what’s on the box there’s a whole world of LEGO builders who have huge piles of bricks and build all kinds of crazy contractions that the creative minds at LEGO could have never came up with. And there are also some out there who take things a different direction, such as building replica engines and stress testing them under huge RPM loads. We’ve seen videos from this guy testing different engine layouts and configurations with some pretty spectacular results. He uses a high speed electric motor to spin the engines to extreme RPM to see how well the plastic pieces stand up to the extreme forces.

For this video, prompted by comments on his other videos, he has decided to add oil to the tiny scale motors to see how it affects them under load. With the engine spinning over at a low RPM to simulate idling, he pours a little oil over the pistons as the pump in the cylinders. You can hear the speed of the engine change almost immediately, and the fact that it slows down is a good indicator that the oil isn’t helping, but instead hurting. I can tell you from my experience with these kits, there’s almost no friction between the pistons and cylinder wall. The only real stress is on the crankshaft where the connecting rod is clicked on. However, with the added oil, I’d bet the friction increased in the cylinder, which would also add even more stress to the crank.

You’ll have to watch the video to see just how long it lasts, though. Check it out below and let us know what you think in the comments! 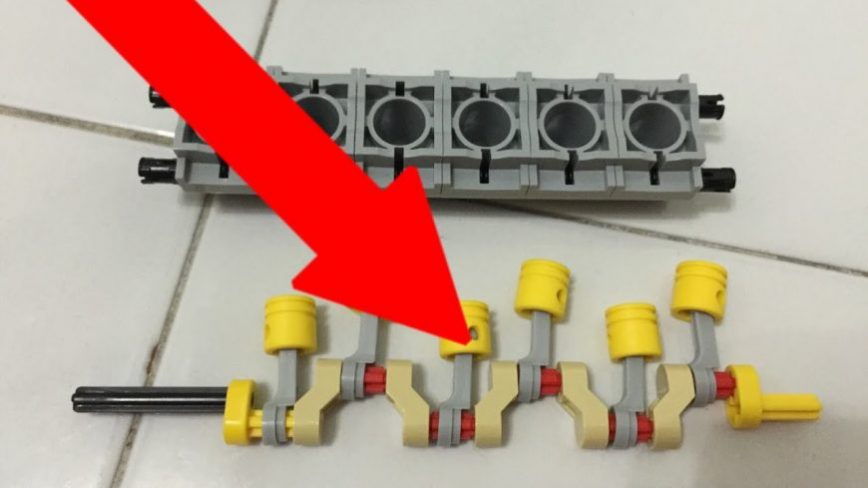