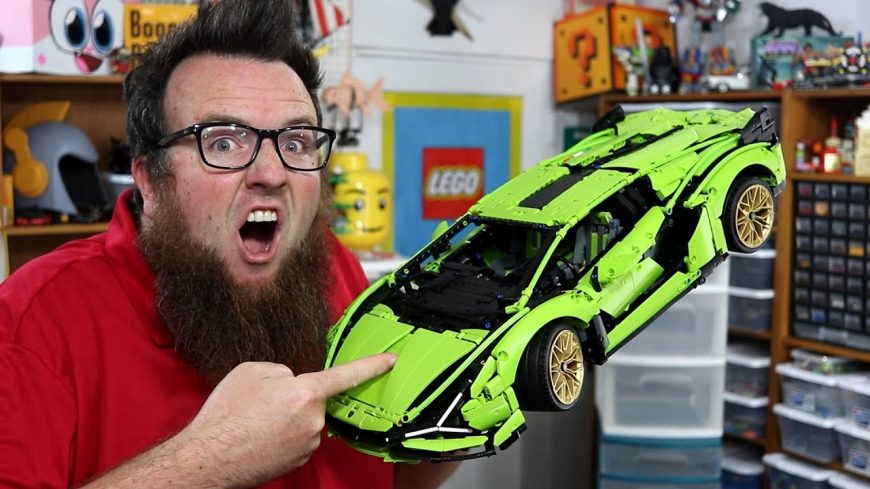 Believe it or not, LEGO has been around for almost 90 years. Founded in 1932, the company has obviously become most popular for its building brick sets. However, as one might imagine, over the span of nine decades of innovation, things aren’t exactly as they used to be. Let’s just say that LEGO has come up with a couple of improvements over the years that have made the brand a bit more interesting.

The sets that have always seemed to be a children’s playthings have begun to draw the attention of more and more adults over the years. While others take a shot at what LEGO does, few have even come close and with sets like the LEGO Technic Lamborghini Sián, we see that come to life.

Not only it’s apparent that LEGO invests a lot into the detail and quality of their sets. However, these sorts of licenses can really draw in new fans from all corners of the world. Having paired with countless brands involving everything from popular movies to automotive manufacturers, there is probably a set out there for just about everybody.

One of the more recent developments in LEGO is its Technic series. Basically, this series is designed to provide a little bit more mechanical detail. It steps outside of the traditional shape of the building blocks in order to bring together scaled-down brick versions of real-life mechanical masterpieces.

One of the latest additions to the Technic series is the Lamborghini Sián set. Designed for those 18 and over, the set really brings to life the car that’s slated to lay out the future of Lamborghini.

By following along with the video below, we get a detailed breakdown of the set from the guys over at Beyond the Brick. In this breakdown, they give us the top to bottom of 10 of their favorite features included in the set that really pays some incredible attention to detail.