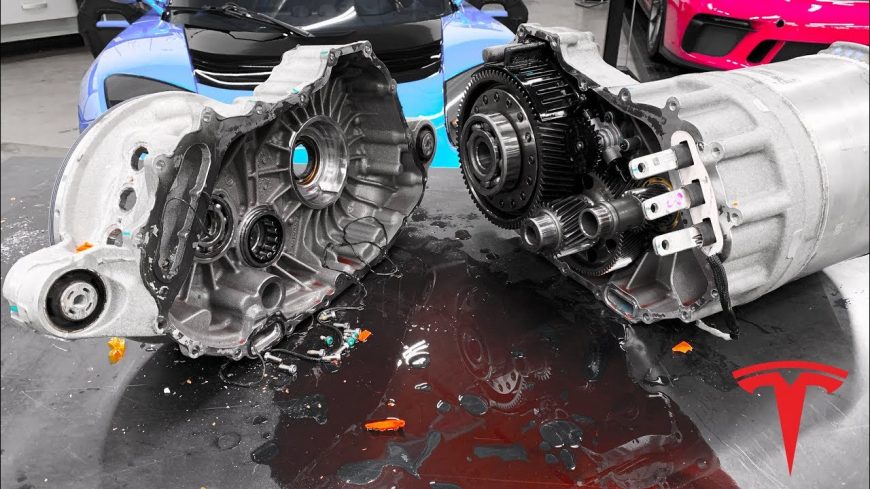 When it comes to the electric car market, Tesla is worlds ahead of pretty much everybody else. In fact, most would probably agree that they would go so far as saying that the company pioneered the mainstream electric vehicle. Before Tesla, there were certainly valiant attempts at cracking the code to popularizing electric cars. However, none of them managed to catch on with as much of a wide scope as Tesla.

What is it, though, that Tesla brings the table that makes them so much better than everybody else? Even today we still have yet to find an electric car competitor that has come close to cracking into the code that Tesla brings to the table. We’re not sure if it’s styling, effectiveness, or available technology. Perhaps it’s a combination of all three that really make the machines thrive. This time, though, we’re taking a dive inside of what makes a Tesla engine tick.

Those familiar with the What’s Inside YouTube channel are familiar with how they pry into just about everything. No matter what it is, these guys are willing to crack it open to see what makes it operate the way that it does. That’s not where it stops, though. In turn, they seem to have a whole host of people around them who are able to provide insightful information in addition to the knowledge that they bring to the table.

In this particular example, we find out a little bit more about the internals of a Tesla engine. In addition to seeing what one of these things looks like inside, we get the opportunity to learn from keen insight as to why Tesla is so far ahead of the competition.

« Proposed North Carolina Bill Sides with Drivers Who Run Over Protesters Standing in the Street (Yes, For Real)