Let’s Have a Boat Pulling Race (With NO TRAILERS!!!) 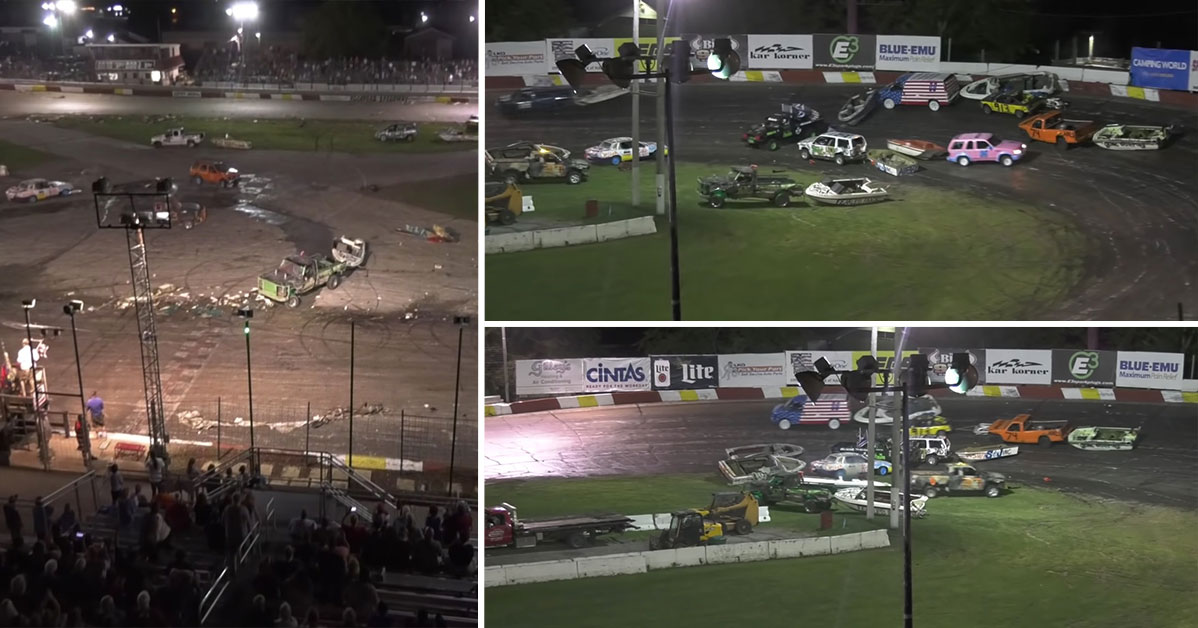 When it comes to local promotions such as a Friday night test and tune at the local drag strip, for example, we can’t help but be entertained when those behind the events try to get creative with things. Sure, we could sit around and watch some good drag racing for hours without a problem. However, if you see something like a race in a figure 8, for example, the chaos is definitely going to draw some eyeballs.

This time, we check in with yet another promoter who got incredibly creative. The idea of pulling a trailer during the course of a circle track race surprisingly is something that we have seen before. However, what is new is the idea of pulling a boat without the help of a trailer. That’s exactly what we get treated to this time as a couple of beater cars are each chained up with their own boat to haul. From there, they’re left to race around the track!

Naturally, the result of something like this is always going to be complete chaos. At the end of the day, that’s exactly what the fans signed up to watch and what so many people tuned in to the YouTube video to spectate as well. Not only are these competitors racing around the track in the scene that looks like something straight out of a movie. They’re also trying to knock out the competition physically with the help of their vehicles and trusty boats.

By following along with the video below, we get a tune with what might just be the most off-the-wall racing format. At the end of the day, we aren’t quite sure if something like this will catch on. However, we can’t deny that it’s a ton of fun to watch and definitely something that we found incredibly shareable.