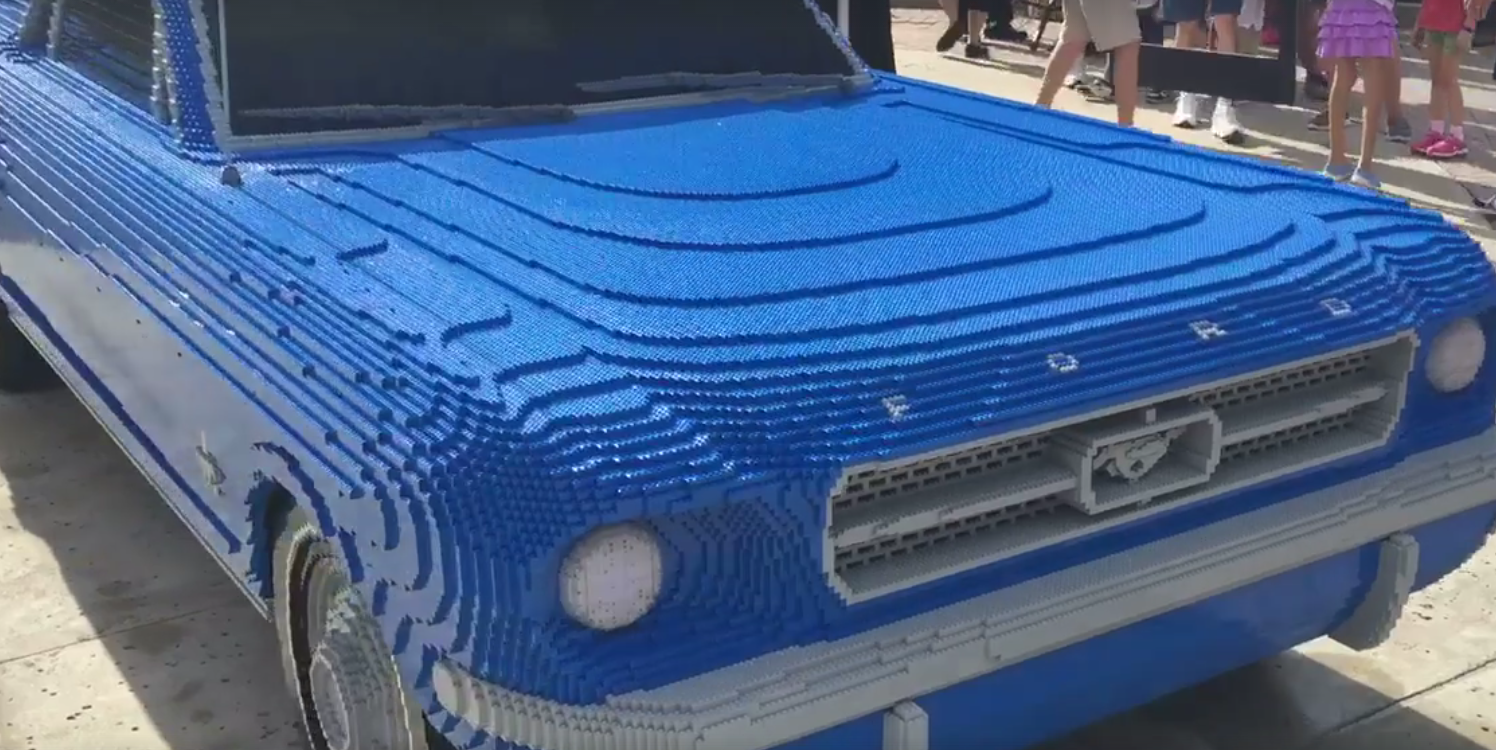 When you think of Legos, you probably think of tiny little toys that kids play with and maybe even some more complex designs that were created to put the building abilities of adults to the test, but whoever made this Lego structure had something entirely different in mind when they got to putting together this masterpiece.

Over the years, creative people have shown that you can put together just about anything that you want with the small Legos and a little bit of willpower to go along with the tiny bricks. From buildings to people and everything in between, where there’s a will there’s a way to construct beautiful masterpieces. All it takes is an original idea and a good plan mixed with some motivation and before you know it, you’re looking at something that is worthy of admiration!

This time, the subject of discussion is a 1964½ Ford Mustang that has been constructed of 200,000 tiny Legos that have been put together in such a way to do major justice to the classic and now, the construction has been deemed as so accurate that you can find it at Lego Land in Florida, the place where only the best of the best Lego brick constructions are let to live in order to give off the best image for their brand.

The life-sized Ford Mustang will be on display outside of the Ford Driving School attraction for everyone to enjoy with all of its angles that look stunningly like the original itself. We can only imagine how long it took to put together every last piece to craft every nook and cranny of the car to bring it up to speed. Imagine how many times the creator wrapped up a section before breaking apart a small piece and having to start over – we admire such dedication!

Check out the video below that gives us a walk around of the replica that is pretty spot on and will leave you wondering what else is possible in the world of these tiny little bricks. What do you think of this Lego creation and what would you like to see made out of Legos next?

LEGOLAND Florida is celebrating the homecoming of #BrickPony, a life-size replica of a "1964½" Ford Mustang V8 coupe made of nearly 200,000 LEGO bricks. It will now be on permanent display outside the Ford Driving School attraction

Posted by Inside the Magic on Saturday, October 1, 2016