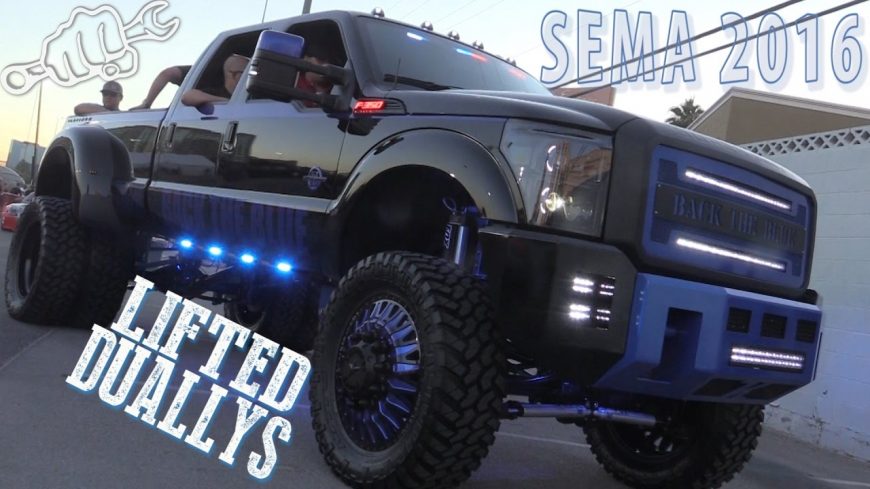 The annual SEMA Show in Vegas in ground zero for finding the trends in the automotive arena. Each year, tens of thousands of gear heads make their way to Sin City to partake in pure automotive bliss. Among the awesomeness, there is always a huge crop of badass trucks, so many in fact that we made a video of JUST the baddest of those trucks that are both jacked way up and sporting dual wheels out back.

Whether is was a Ford, Chevy, or a Dodge all of the Big 3 were represented, and as the Cummins, Duramax, and Powerstroke diesels rattled through the Ignited Afterparty, we stopped a few of them to get the details on their rides. We couldn’t get anyone to roll any coal but we had a great time checking out all of these massive haulers. The retro mod Power Wagon is our choice for best in show sporting a 2015 Dodge dually powertrain and interior beneath the old school bodywork. Which one of these lifted SEMA Trucks is your favorite? Let us know in the comments.