Lights Out: Insane Nitrous Dyno Pull In The Dark!

Lights Out: Insane Nitrous Dyno Pull In The Dark!

Before I even try to explain what you’re about to see, go ahead and watch it. I have a feeling you’re going to end up watching it at least twice, and if you’re like me, you may watch it a half dozen or more times. Quite simply, if this doesn’t make you at least whisper “WOAH!” to yourself, you need to check your pulse and turn in your man card, because this is insanely badass!

So now I’ll try to explain what you’re looking at. I don’t have any information about the car or the engine, but that’s not really needed to have a good idea what’s happening. Lurking in the darkness, there’s a drag car with a wicked idle bolted to a hub dyno, waiting on the driver to romp on the loud pedal. When the man behind the wheel decides it’s go time, he rolls into the throttle. Making a dyno pull in the darkness alone is pretty cool, if a bit unnerving, but what happens a few moments later really helps you understand why the lights are out.

As the RPM’s climb, they reach the level set to bring in the nitrous and things go from awesome to downright ridiculous as massive nitrous flames light up the darkness! The nitrous is only active for the last couple of seconds, but what an amazing sight to behold! When the driver shuts down the engine, raw fuel reignites briefly, sending a couple of fireballs out the headers after the pull as the engine returns to idle to cool down.

Go ahead, you know you want to drag that slider back to the 10 second mark and watch the show over and over. It’s okay, I am up to about 14 times now and I’ll probably watch it at least that many more times! 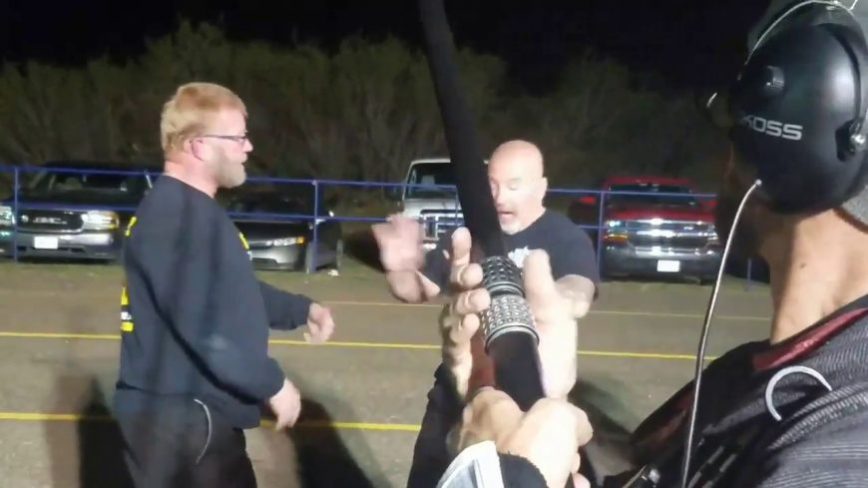