Here in the automotive community, we can’t leave well enough alone. The second ...

Here in the automotive community, we can’t leave well enough alone. The second that a car comes out, we have to test it and push it to the limits. Even if the car exceeds what we thought was possible, we push it even more. Eventually, this can lead to a modification or two. This might be the beginning of a giant ball of wax that ends in something serious. Before we know it, that car that we were going to throw an exhaust on before calling it a day is an all-out racing machine! At this point, it might be about that time to buy another car as a daily driver and start all over again.

As far as new cars that we could see this happening with, it’s hard to look away from the Toyota Supra. This car has been anticipated for so long that we’re sure enthusiasts have had that itch since before the car was even announced. Luckily for us, with the way of the web these days, the modifications spread like wildfire. It seems like there’s a downright rat race to try and be the first to modify the machine. This comes from people looking to sell parts and create content alike. We all want to see what this thing is really capable of!

As of now, there hasn’t been too much major modification shining down on the Supra. The car did basically just come out after all. I’m sure that if we give it time, we’re going to see these things pushed to the limit before we know it.

One modification that already appears to be ready to move to market is an exhaust system. By following along down in the video below, we get to hear the work of Akrapovič. The company is known for creating high-end exhaust systems that create quite the sound. With the teaser that we see and hear here, we have to admit that we’re dying to see more!

First Look at the 2020 Supra on the Track 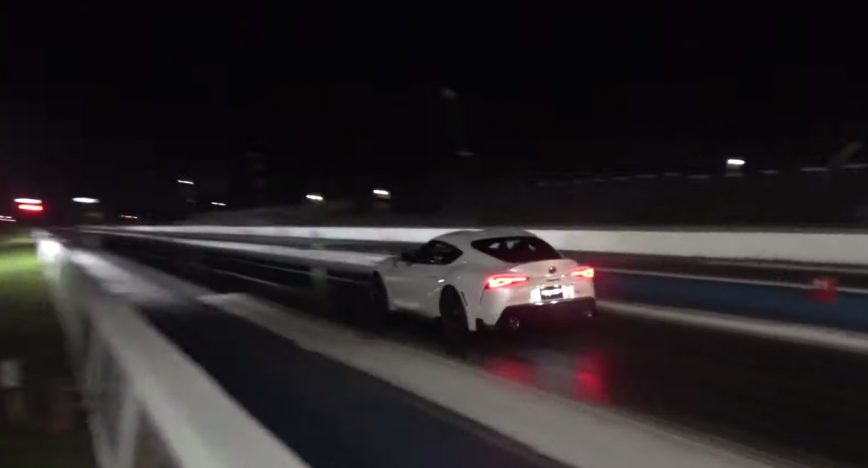