Having kids can definitely be a handful. As someone who isn’t a parent, even I ...

Having kids can definitely be a handful. As someone who isn’t a parent, even I can recognize the challenges that are associated with such responsibility. When it comes they bringing that responsibility to a public place, the job gets even more complicated. Keeping an eye on your Rugrats while also being able to do what you have to do can throw a wrench in the gear. In turn, we definitely realize that being able to control young children in public and be a challenge.

This time, though, we caught up with a situation that will make a motorheads’ collective brains explode. Basically, it looks like a youngster managed to get away from mom and dad at some sort of car show. Instead of running around and just checking out all of the cars on display, it looks like the young man found his favorite. The young man apparently decided that he liked this Shelby GT500 so much that he would make it into his own personal jungle gym.

So, what is the result of such a situation? As curious onlookers, we kind of wish that the cameraman kept on rolling. Instead, what we have is an eight-second clip of the kid climbing on the hood of the car. At the end of the day, it is a child and the damage done was more likely than not minimal. That’s definitely important to keep in mind even though some peoples’ blood is probably boiling at this point. Luckily it wasn’t somebody’s personal car or they might have had a few choice words for mom and dad.

What happens to these cars? Depending on which auto show this is at, a variety of different outcomes can come true. If it’s a smaller, local auto show, this car likely belongs to a dealer. It will be sold as new once returned to the dealer. If it’s a national auto show, it’s probably one of the cars in rotation from a manufacturer. In this case, after the show, the car is also returned to the manufacturer. Afterward, it will most likely be distributed to a dealership as a new car for sale. Long story short, if you’re in the market for bright orange GT500, take a second look at the front splitter. 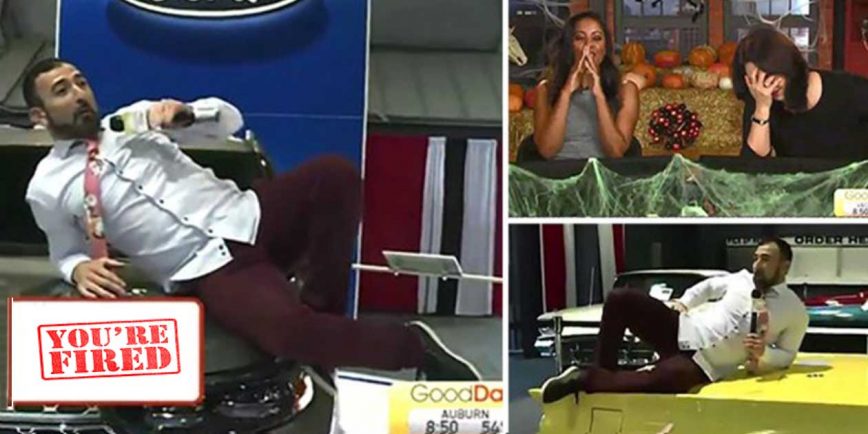