LIVE NOW: Tens of Thousands Tune in as Police Track Down Joyrider in Stolen Ambulance 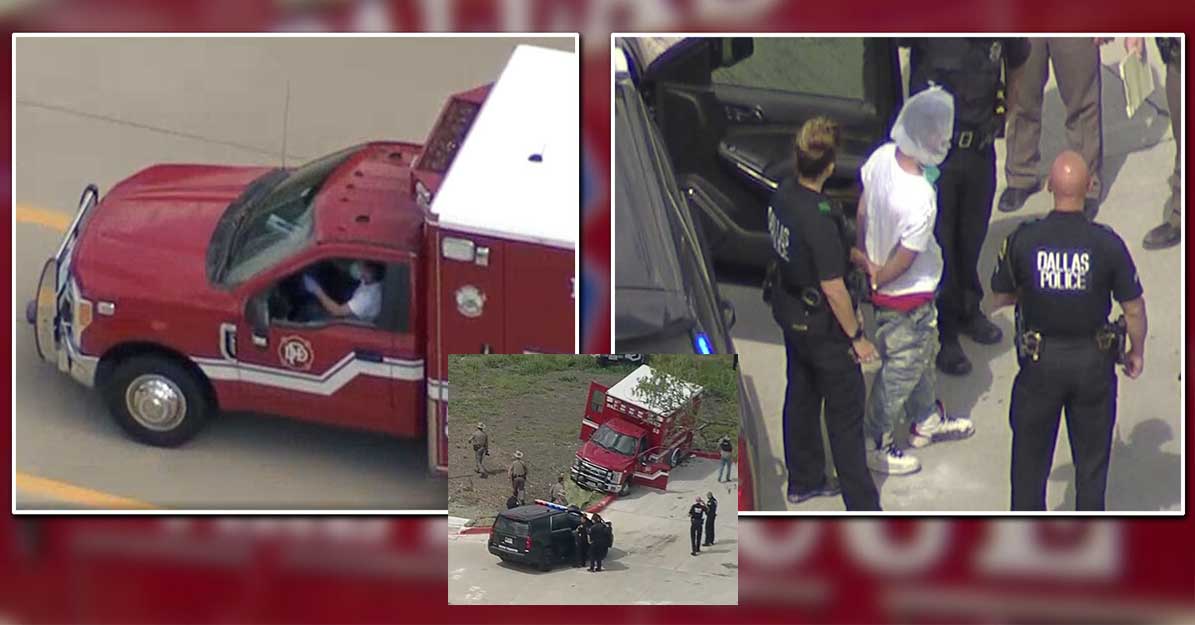 Currently, tens of thousands of people across multiple live streams are tuned in watching the chase unfold as an ambulance has been stolen.

News outlets are reporting that this chase began early Monday afternoon when the officer spotted the stolen ambulance in Southeast Dallas County. There haven’t really been that many details released as of yet about the ambulance that was stolen earlier in the day or who exactly is the one behind the wheel.

We’re definitely not advocating crime in any shape or form but we would think that if somebody wanted to steal a vehicle, a giant bright red ambulance probably isn’t the best bet for someone who wants to get away which we would think will be the ultimate goal.

However, it seems as if this individual has worked themselves into a pretty difficult position. Not only is the vehicle in question sticking out like a sore thumb. It also seems like there are a variety of officers from the Dallas County Sheriff’s office and the Texas State Troopers that are following the vehicle that’s going to prove to be a difficult machine to evade in.

Down in the video below, the chase is proceeding live as this driver attempts to make their way away from the law enforcement tail along with several news helicopters that are also following. Sooner or later, we would think that the ambulance would run out of gas.

So far, the chase has gone from highways to neighborhoods and even back alleys as the driver does everything that they can to avoid being captured. In reality, though, it seems like it’s only a matter of time before the suspect is apprehended. Hopefully, officers are able to reign the vehicle in before any real damage is done. Speeding through the suburbs is usually a pretty reliable combination for disaster.