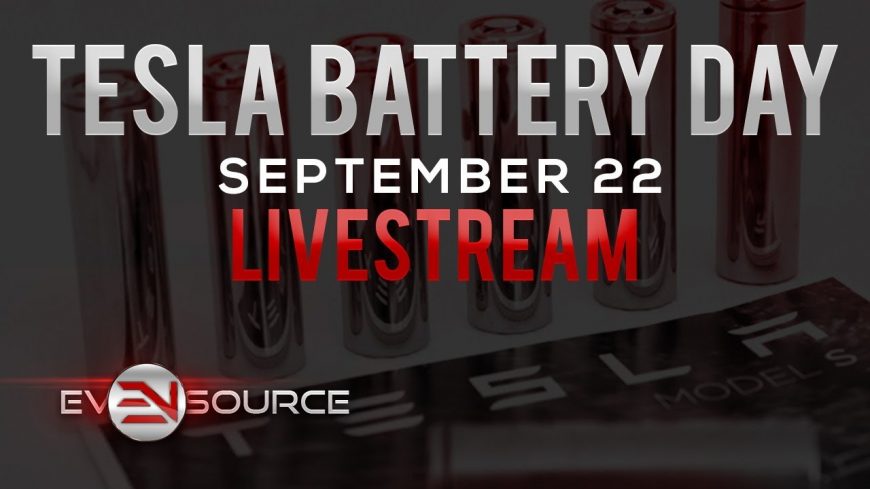 It’s time to see if the hype is real! Battery Day is now live and the stream can be found below!

Ever since the event was announced, Tesla enthusiasts couldn’t help but wonder what was to come. Originally slated to happen over the summer, complications due to the ongoing pandemic forced the event to be pushed back a bit.

Naturally, the company is one of the fastest-growing on the market. We’re not just talking about the automotive or technology market but just the market in general. There are few companies that have experienced the success that Tesla has over the past decade or so.

With that, we look forward to the Battery Day event where a shareholders meeting will unveil some of the brand’s plans moving forward in addition to a variety of other demonstrations that should allow us to view Tesla from the inside.

The exciting part here is that the livestream happening at 4:30 EST should come with some surprises. While it is expected that Tesla is going to chat mostly about upcoming battery technology and how this could impact the electric vehicle market, some speculate that other announcements will be coming as well. Perhaps, the brand could drop gems of knowledge about upcoming models and when we can expect to see those or maybe some other new technological developments. After all, Elon Musk has been quoted saying that Tesla could have fully autonomous vehicles by the end of the year.

The implication here is that the developments not only affect Tesla but the market as a whole. One of up-front concerns about electric vehicles has been long-term battery reliability and range. Both of these combine to cause hesitation for people who might otherwise be excited about purchasing an electric vehicle. However, should a company like Tesla be able to release a 1,000,000 mile battery, which is speculated that the company will today, surely, it will open doors, especially combined with the promise of a 400-mile range offering as well.

Below, we find the livestream that takes us straight to Battery Day as we finally get to hear what the market leader has to offer. Today could be a day that we look back on as a pivotal moment in the history of transportation.