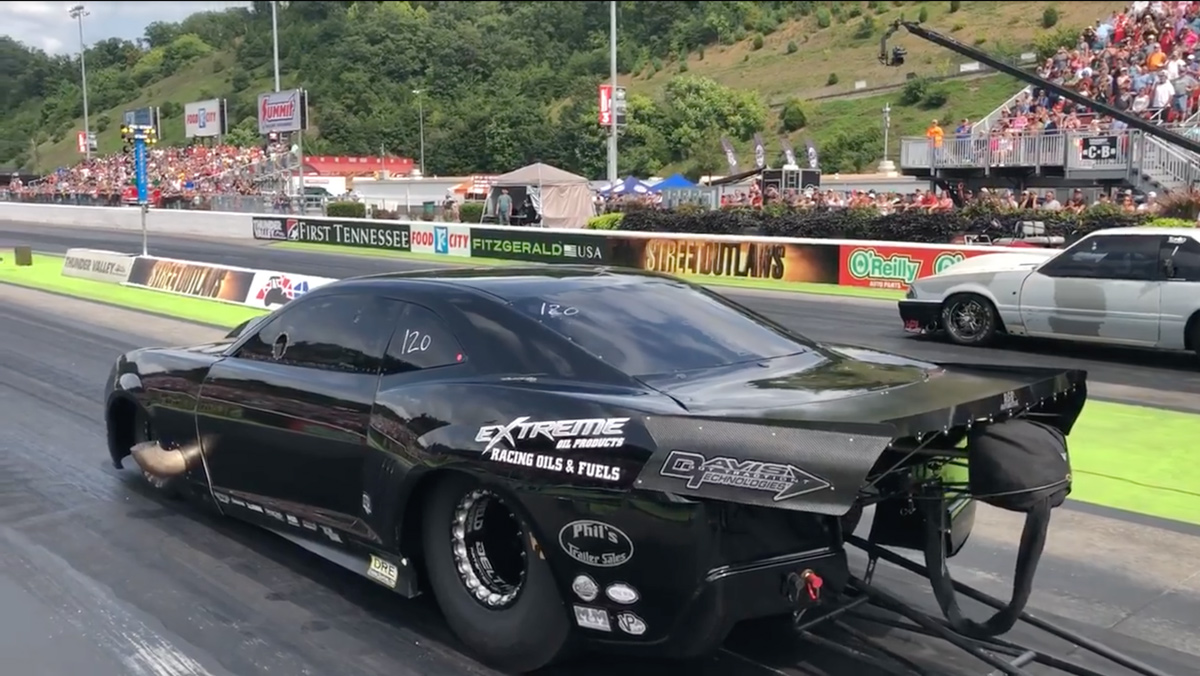 A year ago, Discovery Channel got into the race promoting business. With almost no time to plan, they put together what would be one of the biggest events in Bristol Dragway’s illustrious history and would spawn what we would come to know as No Prep Kings, the Street Outlaws track-based spinoff.

That event paid $100,000 to the winner, none other than the de facto star of Street Outlaws, Justin “Big Chief” Shearer and his GTO known as The Crow. Shearer took out Street Outlaws New Orleans star Jerry Bird in a final round that featured a battle of the franchises to take the money and the bragging rights back to the 405.

Fast forward to this week and the same event has gone down, this time with even more money on the line. In fact, a lot more money! Doubling the purse to an astounding $200,000 would prove lucrative enough to bring out literally the biggest names in the game, even enticing Big Chief and Murder Nova, who’ve limited their on-track racing to a few select events, to come out and play.

As you can imagine, a purse of that size meant every car on the property was on their A-Game and looking to mow down the stiffest competition ever assembled to try to be the man – or woman – to stand victorious at the end of the day.

Along the way, there were more than a few killer heads-up races, some of which were decided by inches, while others were over before they really started, such as this shootout between Chuck and his boosted Mustang and Lizzy Musi driving boyfriend Kye Kelley’s Aftershock Camaro.

You can see Lizzy takes her time bumping into the staging beams, a move that, while within the rules, caused some controversy when Chuck got out of his car and allegedly got into Musi’s face and yelled at her. While video of that incident will surely surface so we can see just how accurate descriptions have been, we’ll have to wait for now. In the meantime, enjoy this clip of Chuck driving clean out of Lizzy’s life while the battles to keep the sleek black Camaro in her own lane.