Over the years, the story of Carroll Shelby has stood tall in automotive history. The ...

Over the years, the story of Carroll Shelby has stood tall in automotive history. The man had become so much more than just a mechanic or automotive designer. Instead, he invested his life into creating the best machines he possibly could. These days, on the roads, we see all sorts of machines inspired by Shelby’s vision and showing off his name.

Shelby was such a big deal, in fact, that Hollywood even grabbed onto his story. In the 2019 Film, Ford v Ferrari, we would trace Ford’s roots back to one of the biggest accomplishments for Shelby. In this film, it would spell out the story of the regular car company by the name of Ford as it took on one of the biggest performance car companies in the world in Ferrari.

The tale was one of passion and pride as the little guy tried to stand up to the best in the business. It was something that not many people thought could be done at the time but naturally, Shelby would end up coming out on top.

While the film did meet praise from critics from all over the world, we had to see just how it stacked up to reality, at least when it comes to racing. This time, we get to check out some of the scenes from the 1966 Le Mans performance that have since been released by Ford.

Below, we get the opportunity to hop into a time capsule, checking out some of the lost footage that has since made its way to the surface again. For those who enjoyed the movie or even those who appreciate the story of Carroll Shelby, this is definitely some must-see footage. 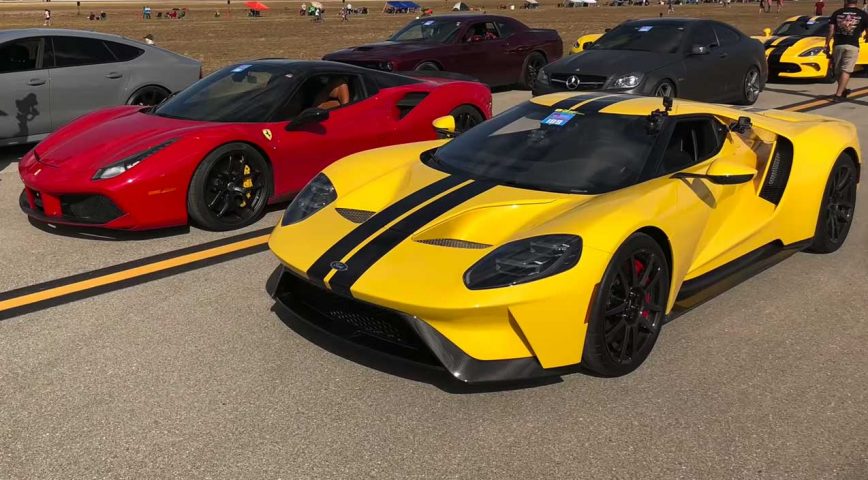