When it comes to going fast, there are two different routes that someone could ...

When it comes to going fast, there are two different routes that someone could take.

Behind door number one, we have the more common combinations. don’t get us wrong. For someone to effectively be competitive in racing, it’s going to be a difficult journey. It doesn’t matter what platform they pick out. However, picking out something like a Fox Body Ford Mustang will make things just a little bit easier. Not only are these things pretty darn common. They also have a host of aftermarket components that make the decision all that much simpler. It’s going to be the first platform that most racing companies do research and development on.

If you pay close attention in this video, each and every opponent to the feature car is a Fox Body.

On the other hand, we have the combinations that are far less common. Let’s just say that these kinds of cars put up more of a fight when it comes to assembling them. Without a specific roadmap to follow, the challenges will probably be more plentiful. However, when they all come together just right, it creates something that is lots of fun to watch.

This time, the guys from Spoold Media follow along with what they call one of the baddest rat rods that they’ve ever shot. As the car lines up at Shadyside during the Last Man Standing event, the rat rod shows it’s not just for looks. Instead, the Turbocharged LS powered machine with BTR upgrades onboard is absolutely flying.

In fact, they attest to the fact that this might be one of the fastest street cars out of the Tennessee area whether the surface is prepped or no prep. If you follow along with the video below, you’ll be able to watch as the rat rod gets down to action.

One of the baddest rat rods we've shot made another appearance at Shadyside during Last Man Standing!!!! John has this Turbo LS with BTR upgrades flying and one of the fastest street cars out of the Tennessee area on prep or no prep!!!!

12 Of The Most Rare And Expensive Abandoned Cars 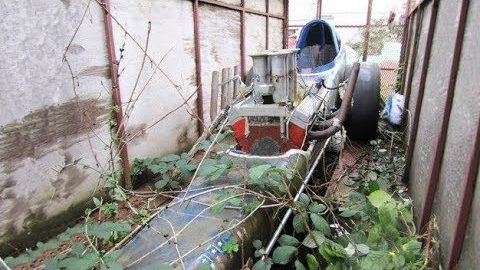