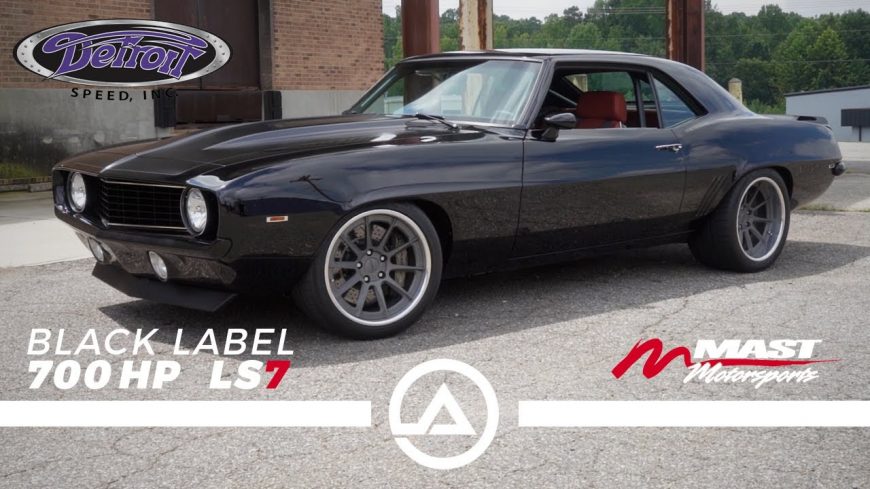 When some build a hot rod, they might go over the top. There are lots of different ways to be impressive and one of them is really standing out from the pack with bright colors and aggressive styling.

On the other hand, though, sometimes, there are builds that really make the most of subtle touches. Sometimes, we find these builds are even more impressive because it takes a true eye for detail to be able to make the most of the different little touches to make a car pop. Building something that catches attention without a giant neon sign saying “Hey, look at me!” truly takes a knack.

Looking over a car like this is kind of like watching a great movie where the viewer has to use reasoning and skills of observation to be able to figure out why it’s so impressive.

On the surface, this time, we find a black 1969 Chevrolet Camaro. On the exterior, it looks like a lot of other Camaros. However, as we begin to dig through it, we find all sorts of different upgrades and attention to detail where many wouldn’t delegate their attention. Because of this, the car is incredibly impressive as it rumbles through the streets.

Combine that with one of the most solid engines that has ever seen the market in the LS7 and you have yourself a machine that is set to rip. The Black Label LS7 under the hood is capable of 700 hp naturally aspirated. There’s no boost to worry about cooling issues or any sort of lag. Therefore, it goes to reason that, even under the hood, the builders behind this one over at Detroit Speed went with the simple but impactful route.

By following along with the video below, we get some keen insight as to why the world of all-motor horsepower might be a little bit underrated. After checking in with something like this that creates big muscle without any power adders, some might just reconsider that turbocharger, after all.