When we’re talking about going fast, there are no bounds. Pretty much anything ...

When we’re talking about going fast, there are no bounds. Pretty much anything that has the ability to move can be transformed into a racing machine. When we say “just about anything”, we’re speaking quite literally. We’ve seen so many wild creations go from something that might not even have any intention of speed to an all-out racing machine. With a little bit of elbow grease invested, anything is possible.

We’re talking everything from Barbie Jeeps to minivans and just about anything in between. This time, we check out a supreme extreme that falls into that “in-between” category. This thing really takes the cake in terms of being a shocker on a drag racing surface. Not too many people would expect such a platform to be there let alone compete.

This time, it’s none other than a go-kart that has been souped up. This thing is poised to be ready to roll. Now, this isn’t necessarily the first time that a go-kart has been made to be a go-fast machine. However, this might be the most well set up for drag racing that we have laid eyes on.

This mean machine is hooked up with 600cc’s of power that really make this one stand out from the crowd. As if that wasn’t enough, a touch of nitrous takes it over the top! We’re not sure about anyone else, but we think this looks like one heck of a ride.

Turbocharged Shopping Go-Kart is Nothing Short of Legendary 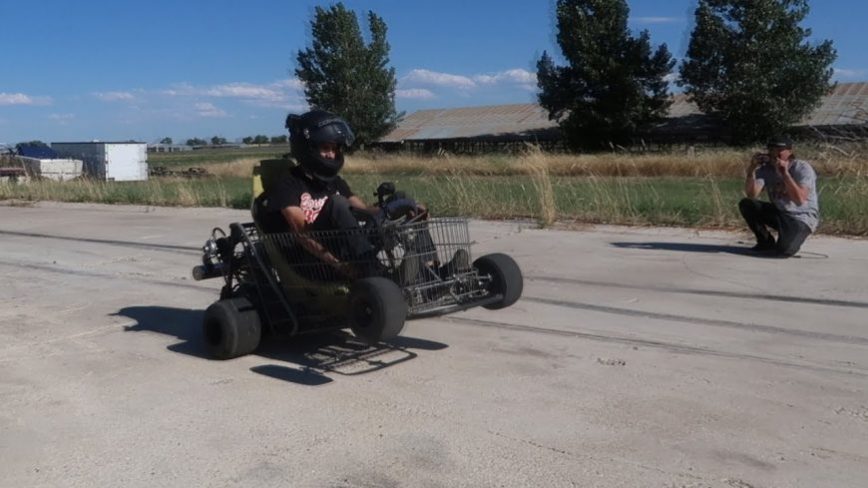