Maiden Flight of GIGANTIC Rc B-52 – Landing it is Another Story! 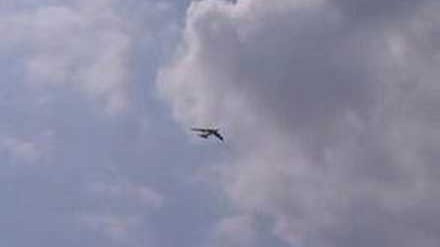 It really leads you to wonder how such a large hobby aircraft is able to be propelled through the sky with such ease and grace all at once.

From what we learn from World War Wings, not only did this plane take years to put together, but was probably quite the expensive piece as well. They claim to have seen similar builds tallying up the dollar signs to come to a grand total approaching $60,000 in a hurry!

With such a large craft that has great time and money invested into it, the issue of landing might be a little bit more nerve-racking than we care to take on. However, the pilot of this one shows off his skills as he manages to bring the behemoth down under pressure and touch down softly!

Check out what happens when a $60k R/C flight doesn’t go so well, below.